Alexander’s obituary of Jan. 22, 1953, credited him as the architect of Grace Baptist Church in West Asheville. The congregation had met for several years in an existing house, and after World War II developed a plan for a new facility in two stages. First came a brick building added to the rear of the house; then the house was razed and a new sanctuary built in its place. It is likely that Alexander designed both phases, even though he died before the sanctuary was completed. The photograph shows both the rear additino and the sanctuary. 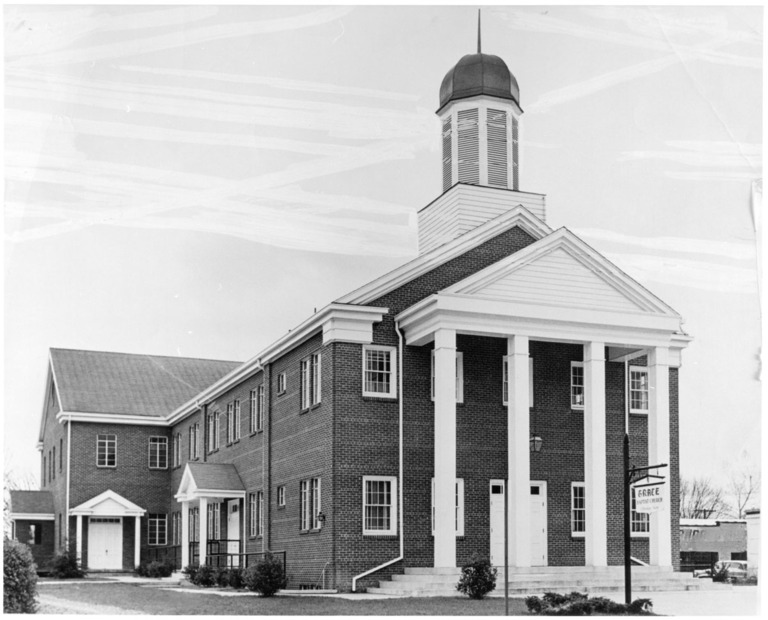