The Raleigh Banking and Trust Company originated in 1865. By 1868 the bank had built a brick, Italianate building at the corner of Fayetteville and Hargett streets in downtown Raleigh. That building was razed to make way for a 3-story classically designed building by P. Thornton Marye. Marye designed it as a boldly classical 3-story edifice with tall Ionic columns along the 3-bay front and 7-bay sides. Built with load-bearing walls, a steel interior frame, and reinforced concrete floors, it was designed to enable more stories to be added. In 1928, the officials of the company decided to erect an additional eight stories. After the bank failed early in the Great Depression, a new company acquired and remodeled it, including altering the original 3-story section to give it a sleeker, more modern appearance. See http://goodnightraleigh.com/2014/06/raleigh-banking-and-trust-co-raleigh-n-c/, and http://goodnightraleigh.com/2013/07/the-raleigh-building-the-short-story-of-a-tall-building/. 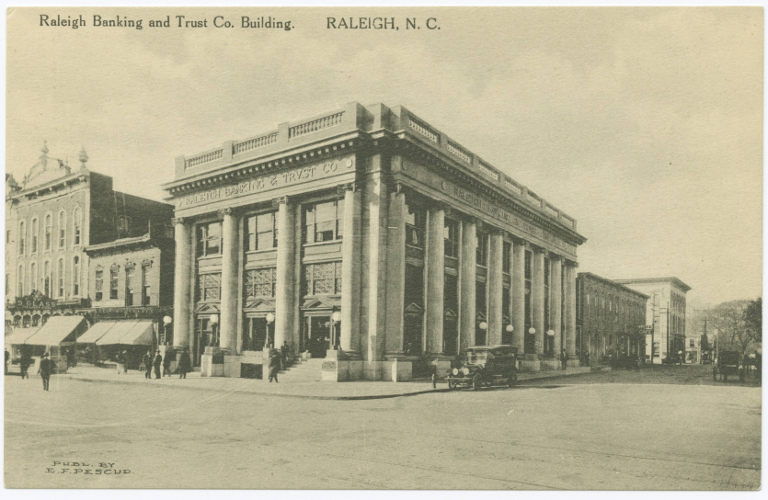