The spectacular, domed church with its portico and tower is a major landmark of Winston-Salem. The auditorium repeats the curving form of the exterior. Dougherty and Gardner, identified in the local newspapers as architect in 1921 and 1922, was a major Nashville architectural firm known for important Beaux Arts style edifices. No other North Carolina work by these architects has been identified. (In 1922, the local newspaper cited a Richmond architect named Herbert Cain who was working on the plans for the church; his relationship with the Nashville firm is unknown.) J. A. Jones is identified as contractor by the company history. The construction of the church was likely a challenge to any construction firm, and it stands essentially as built. 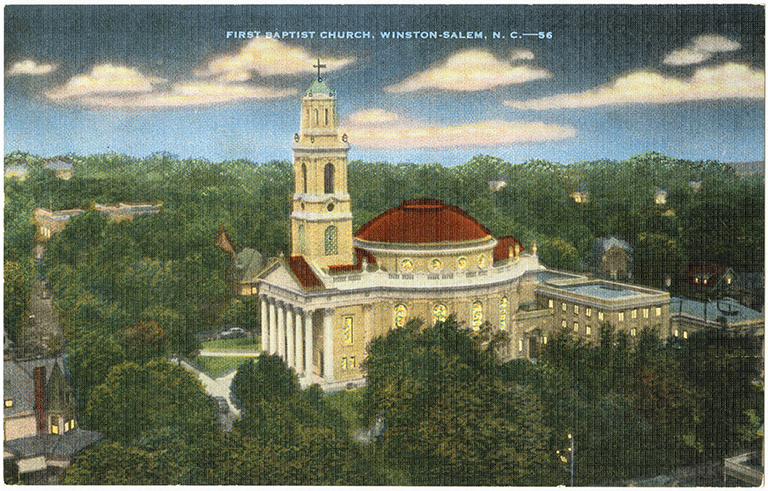