The imposing brick dormitory with corner towers was cited in “Beacon Lights” as Houser’s work—the magnificent Boys Dormitory—and its brickwork is an impressive display of his craft. The school for black students, initially called Henry J. Biddle Institute, was founded at another site shortly after the Civil War before moving to this site and becoming Biddle University in 1883. It was renamed in 1921 after the husband of a major donor. Whether Houser built or supplied bricks for any of the other buildings on campus is not yet known. 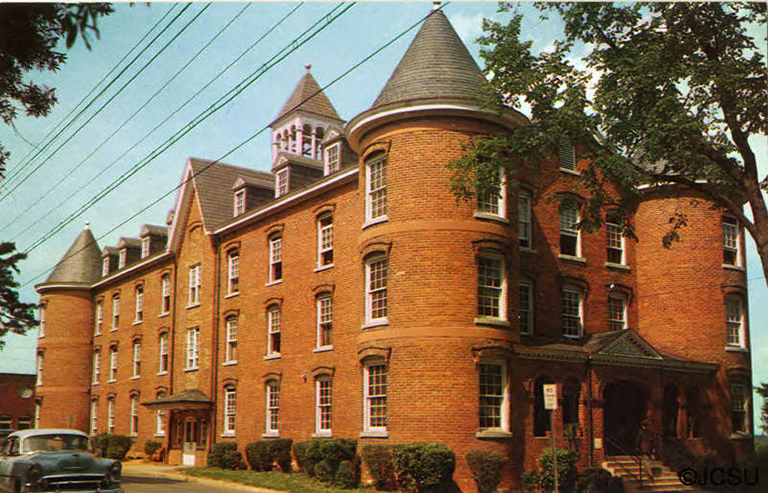