Named for the camp meeting revivals held at this location before the church was built, the congregation continues to be active. The restrained Greek Revival style Methodist church presents a beautifully simple version of the pediment-front form also seen in numerous antebellum Presbyterian churches in the area. Unlike several of those, it has no portico. Its façade has two front entrances flanking 6/9 windows at the first level and four 6/6 windows at the second level; similar windows mark the sides. The interior features a gallery and original pulpit furniture attributed to Ruffin Vaughn. There are relatively few antebellum Methodist church buildings in the Scots-settled area, compared to the Presbyterian ones. The antebellum church now serves as a chapel for a larger brick church built in the 20th century. 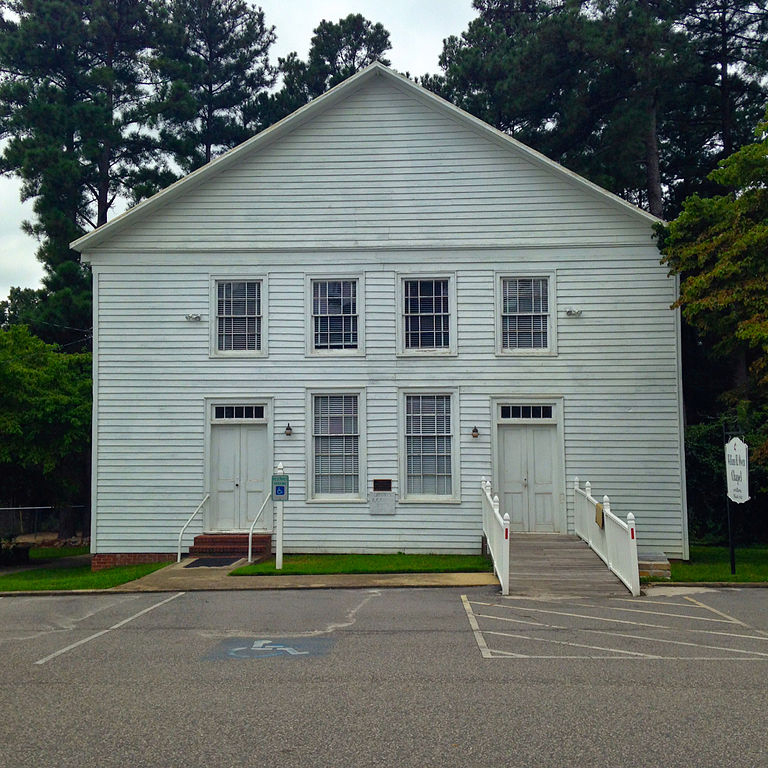