The house has traditionally been attributed to carpenter Martin Hanks, a tradition that gains credence from Hanks’s recollection of 1873: “I bought the lot where Judge Ruffin lives for $2.05, built a house and sold the place to William Phillips, who swapped it to lawyer Frank Hawks for a family of negroes.” His recollection is confirmed by the National Register of Historic Places nomination deed research, which states that Hanks purchased the lot and sold it for $650 to William H. Phillips, a price indicative of a house there. Phillips then sold the property to Francis Lister Hawks, a distinguished cleric and writer. After several interim residents, including Frances Blount, who probably enlarged the house, Paul C. Cameron bought the place for his father-in-law Thomas Ruffin, a noted jurist and member of the North Carolina Supreme Court, whose widow inherited the place at his death in 1870. It was later the home of the Roulhac family and in the late 20th century it was restored for use as town hall. The 1 ½-story frame dwelling began as a side-passage plan house 2 rooms deep, and probably ca. 1830s it was enlarged with two rooms on the east to create a center passage plan. The finish combines Federal and Greek Revival details. The stair is a graceful rendition of the popular stair design from Owen Biddle’s Young Carpenter’s Assistant, popular from the 1810s into the 1840s. 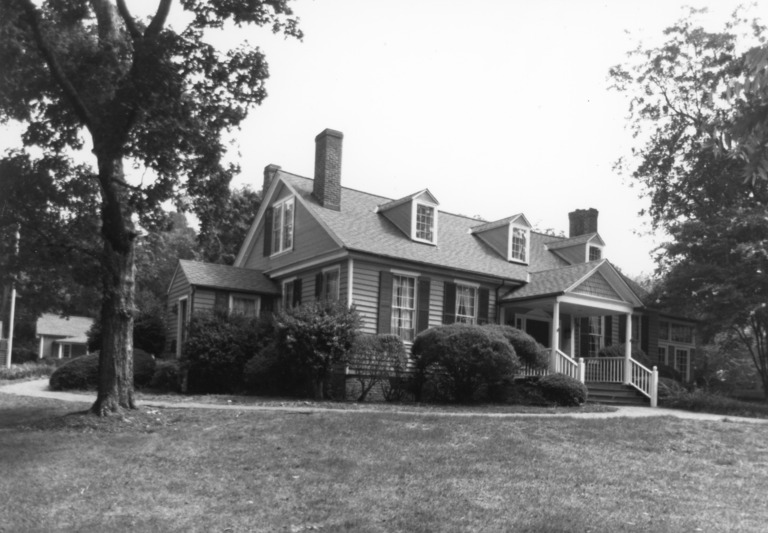