The towered, Romanesque Revival, passenger station was a magnificent addition to Raleigh. Over the years it has been greatly changed and is nearly unrecognizable. It was built by the North Carolina Car Company. The State Chronicle of August 14, 1892 said that Mr. Gwathmey, the chief engineer of the Seaboard Air Line, “had the supervision of all the work on the building and he made some changes in the design and additions to the conveniences which are of great advantage.” The original designer has not been identified. 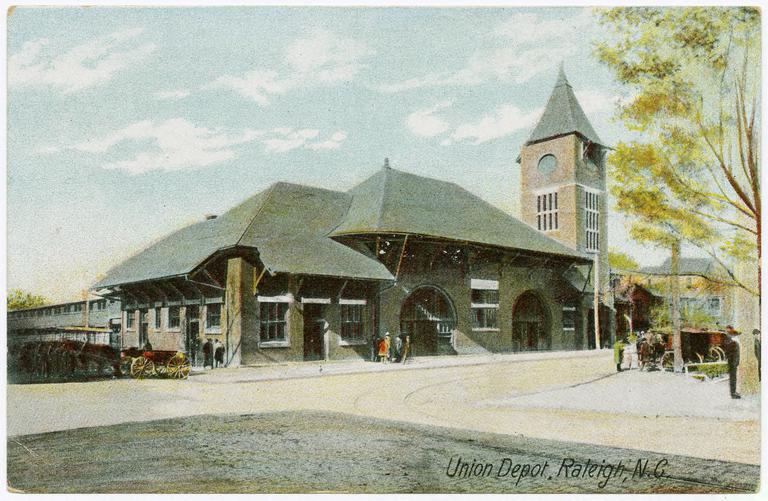