Conceived to honor NCSU alumni killed in World War I, the memorial at the entrance to the campus was begun in 1921 and 10-foot sections were added in 1924, 1925, and 1926. Its design combines classical and Art Deco themes. Construction was delayed during the Great Depression and World War II, but the stonework was finished in 1937 with Federal funds. Some finishing touches were made after World War II, and a formal dedication occurred on Nov. 11, 1949. It has become the iconic symbol of the university. See https://www.ncsu.edu/belltower/ for illustrations of its construction phases. 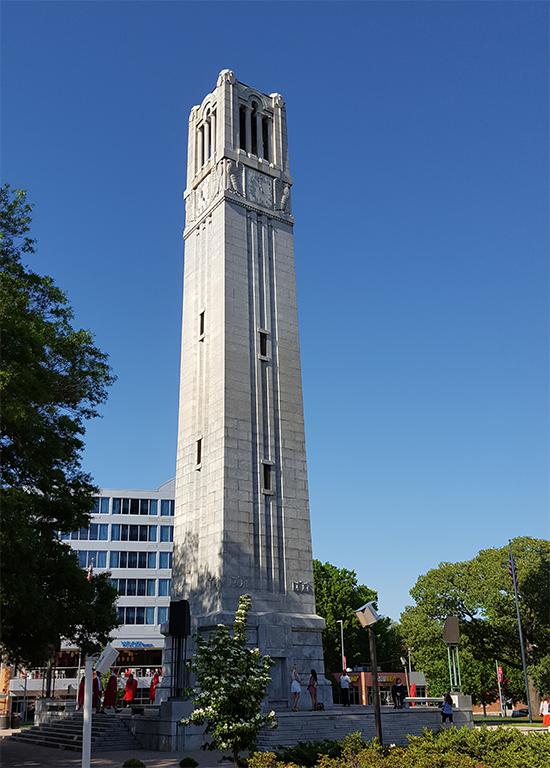