The Charlotte Observer of November 18, 1917 noted that Hunter had “recently” delivered plans for a city hall in Lumberton, which was to be built at a cost of about $20,000. A few months previously, the Lumberton Robesonian had reported on September 27, 1917 that the town commissioners had decided to build a new town hall, and “Plans for the new building were designed by Messrs. Burney Brothers, local contractors.” The estimated cost was then $5,000-6,000. Hunter’s role in the evolution of the design remains a puzzle, but evidently the town commissioners had decided on a more elaborate building than originally intended, for which Hunter provided plans. The Robesonian reported that work was begun on November 26, 1917. In any case, by September, 1918, the red brick, Colonial Revival edifice was completed and described at length in the Lumberton Robesonian of September 9, 1918. Built during a period of prosperity and extensive construction in the railroad-oriented community, it had town offices and the two-truck fire department on the first floor and additional offices, a “ladies’ rest room,” and a meeting hall above. It was later extended to the rear. 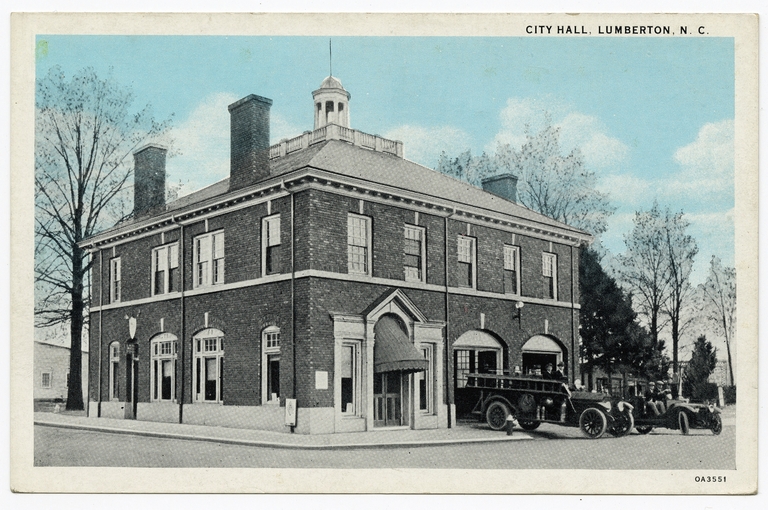