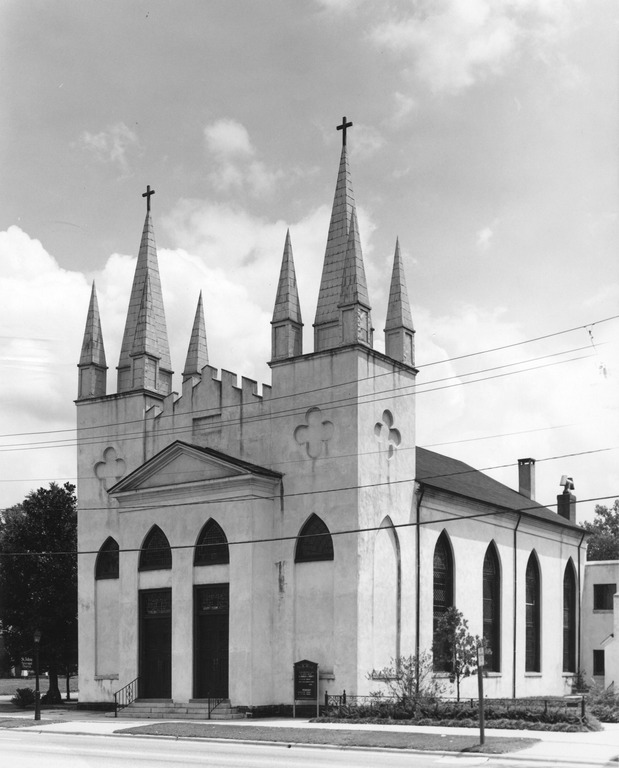 James Calder (fl. 1810s), builder, came to Raleigh to build the Governor’s Palace (1814-1815). On June 18, 1814, commissioners to build the governor’s residence, dissatisfied with proposals received, sought others from “Architects at a distance.” They adopted a design from a prominent citizen, Calvin Jones, who had provided a plan drawing and description of the Wickham House in Richmond, Virginia, an elegant residence designed by Boston architect Alexander Parris and built in 1811-1812. They hired James Calder to build the brick edifice. The Raleigh Register of July 15, 1814, identified him as being “of Washington in this state, an able and ingenious builder.” The Raleigh Star of August 19, 1814, called “Major Calder” an “Architect and practical builder of Washington, originally of Boston,” but he does not appear in Boston directories. There were numerous men named James Calder in this period, generally of Scots descent. The project progressed quickly enough that in September, 1815, Calder advertised for five or six carpenters “who are complete hands in finishing inside work” to help on “the House now erecting for the Governor.” He also took at least one apprentice, Wilson Woodard, 17, to the carpenter’s trade in Wake County.

In 1817 Calder bid on and took the contract to build St. John’s Episcopal Church for a newly founded congregation in Fayetteville. He bid $16,257 to complete the church “agreeable to the draft,” indicating that the congregation had a drawing of the intended building. (Because architects William Nichols and Ithiel Town were in Fayetteville at the time, one of them might have had a role in the design of the church, but there is no documentation.) During the project, the Raleigh Minerva of December 26, 1817, reported that a fire on December 11 had destroyed “the carpenter’s shop of Mr. James Calder, the gentleman who was engaged in building the Episcopal church. . . . most of the dressed materials for the interior and steeple of the church, were in the shop and consumed.” The brick church, completed in 1818, evidently had pointed arched windows indicative of the early Gothic Revival style. The church burned in the great fire of 1831 and was rebuilt promptly on the old walls. While in Fayetteville in 1818, Calder took as apprentice carpenter John Hammonds, 16. Where Calder went from Fayetteville remains unknown.