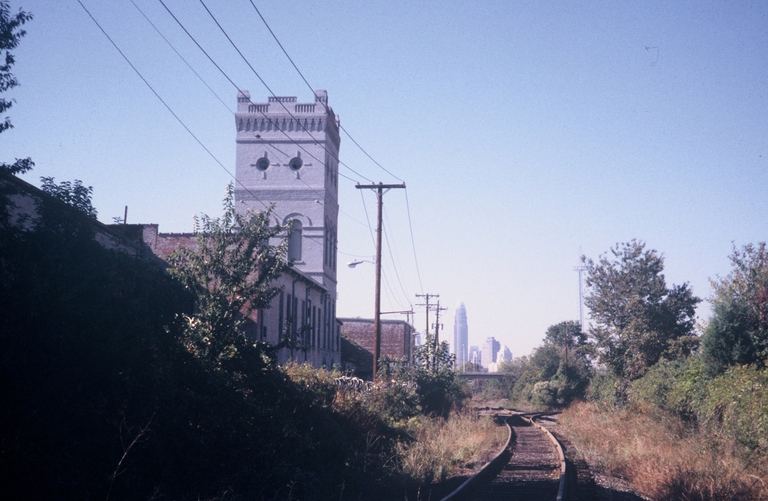 Engineer, inventor, author, and organizer, Stuart W. Cramer (March 31, 1868-July 2, 1940) was a man of many talents. Responsible for planning nearly 150 cotton mills from Virginia to Texas, he was also agent or southern manager for numbers of large manufacturers of textile machinery and equipment for various facilities including power plants. He is credited with over 60 United States and international patents and is especiallly remembered for coining the term “air-conditioning.”

In 1889 Cramer married Bertha Berry, with whom he had a son, Stuart Jr., and a daughter, Katherine. After Bertha’s death in 1895, he married her sister, Kate Berry, who died within months of their wedding. He married a third time, to Rebecca Warren Tinkham, with whom he had a second son, George Bennett.

After four years at the mint, Cramer went to work in 1893 for Daniel A. Tompkins, a leading textile mill engineer, and the younger man soon became chief engineer and manager of Tompkins’ company in Charlotte, which represented the Westinghouse Electric Motor and other textile mill supply companies. After two years with Tompkins, Cramer launched into business for himself as an engineer and contractor specializing in designing and equipping cotton mills during the region-wide boom in textile production.

In 1905 Cramer worked with Tompkins and the Westinghouse Electric Company to help establish the Duke Power Company with James Buchanan Duke, the tobacco and electric power industrialist and benefactor of Duke University and the Duke Endowment. The company began in 1900 as the Catawba Power Company, a hydro-electric power station at India Hook Shoals along the Catawba River. In need of additional funding for construction of hydro-electric power plants, the owners convinced Duke to invest in the Southern Power Company, which later became Duke Power Company. During this time Cramer encouraged the widespread installation of electric drive motors to replace waterpower and Corliss steam engines as the power suppliers to run mills. The lighting enabled the mills to run full-time.

Cramer invested his profits into his own textile mills including those in North Charlotte and Cramerton, which he planned as model mills and mill villages. The first, Highland Park No. 3 Mill (Highland Park No. 3 Mill and Mill Housing) of 1903-1904, was featured in Cramer’s 1906 Useful Information for Cotton Manufacturers as an example of how to build mills. He planned the spinning and weaving mill beside the railroad track to facilitate an integrated work flow from unloading the cotton from railroad cars to shipping out the finished gingham. It was one of the first textile mills planned specifically for electric power and had its own generating plant. As the first mill erected in North Charlotte, it spurred the development of the North Charlotte neighborhood now known as NoDa (North Davidson). Conceived by Cramer and other investors as a self-contained industrial district, it included workers’ housing across North Davidson St. from the mill. As designed by Cramer, the housing was of a simple and functional design, with the typical house consisting of 5 rooms including 2 bedrooms. The village also comprised community facilities including a hotel, churches, and stores.

The model industrial community of Cramerton developed from Cramer’s affiliation with the Mayes Manufacturing Company. J. H. Mayes, a mill engineer originally from England who had moved to Charlotte, was founding president of the company. The firm located the plant on an ideal site in Gaston County by the South Fork Catawba River and the Southern Railroad. Cramer, a co-founder of the company, designed both the mill and the workers’ housing in the community which was called Mayesworth. In 1915 Cramer took control of Mayes Manufacturing, changing the name to Mays (sic) Mill Inc. and added a second plant. In the 1920s Cramer expanded the operation and absorbed Mays Mills Inc. into Cramerton Mills, and in 1922 the community was renamed Cramerton.

On the national scene, Cramer organized the American Cotton Manufacturers Association and the National Council of American Cotton Textile Manufacturers to enable manufacturers to come together to discuss common issues. In 1929 Cramer was awarded the honorary Doctor of Science degree by present North Carolina State University. He died July 2, 1940 at the age of 72 and was buried in Charlotte’s Elmwood Cemetery next to his last wife, Rebecca, and their son, George. In 1948 his family endowed the Shuttle Inn and the Cramer Room at the School of Textiles at present North Carolina State University. In 1991 these were moved to NCSU’s Centennial Campus.