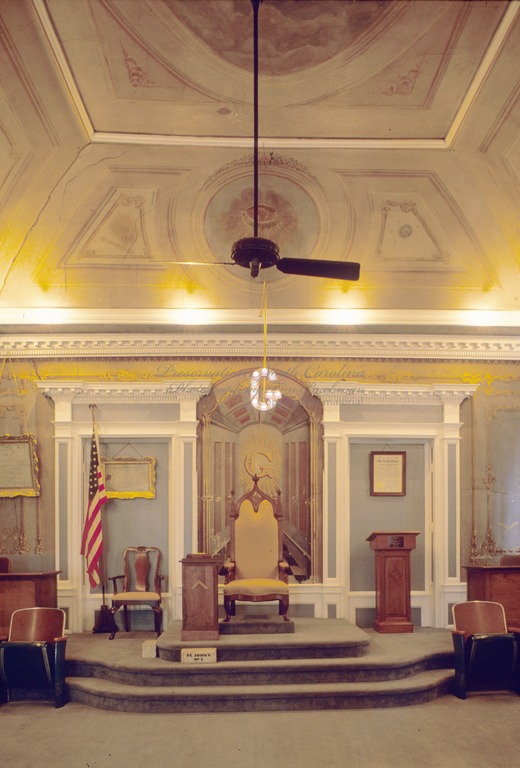 Benjamin Cofield Good (July 19, 1780-ca. 1827) was a New Bern house carpenter and joiner notable chiefly for forming a link in training between generations of leading local artisans. He and his master, John Dewey, and his apprentice, Uriah Sandy, participated in New Bern’s efflorescence of fine Federal architecture from the 1790s to the 1820s, when New Bern was the largest and most sophisticated city in the state. During this period, the city’s architectural character displayed remarkable unity in form and detail as well as quality, reflecting the close relationships among its artisans across generations.

Benjamin Coffield Good was apprenticed to learn the house carpenter’s trade under John Dewey on June 13, 1796, just before his sixteenth birthday. After he reached his majority and completed his training, Good began to take apprentices of his own, including Uriah Sandy, aged fourteen, to the house carpenter’s trade, in 1804, and William Amyett, an orphan aged fourteen, in 1812. Little is known of Good’s accomplishments in New Bern apart from his work along with his master, John Dewey, in building the imposing and stylish St. John’s Masonic Lodge and Theater, ca. 1801-1809. Good contracted specifically to build the cupola for the lodge, completed in 1806 at the cost of $606.45. (The cupola was removed later because of roof leaks and the cost of maintenance.)

Good was also a property owner and an active citizen of the community. He evidently built the house in New Bern known as the Robert Hay House, home of the noted chairmaker and carpenter Robert Hay, a native of Scotland, as a speculative venture, for he acquired the lot in 1804 at a time when the Eden Street area where it stands was relatively undeveloped. Good married Euphamia Oliver in Craven County in 1805, with their bondsman being Good’s former master, John Dewey. Good, along with Dewey and others, was a member of the local Union Light Infantry Company of New Bern, as registered in a document he signed as sergeant in 1807. After his first wife died in 1817, in 1818 he married Eliza M. Ivey, daughter of Claiborne Ivey, as recorded in the parish register of Christ Episcopal Church; Eliza died in 1827. Good was listed as a head of household in Craven County in 1820, and was a member of the vestry of New Bern’s small Catholic congregation that purchased a lot for a church in 1824. His death date has not been ascertained, but his will was dated 1827.