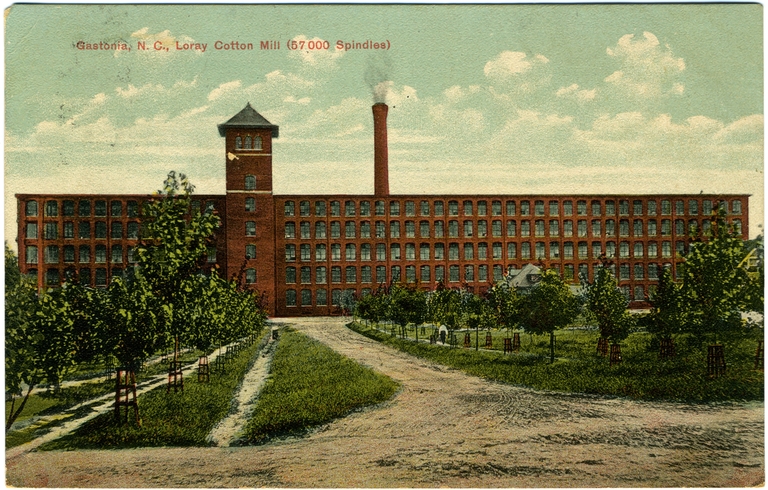 Frank W. Reynolds (1868-1951), a mill designer and engineer born and raised in Rhode Island, worked throughout his long life for the large engineering and architectural firm of Lockwood, Greene, and Company. The firm employed many men, and Reynolds was involved in many roles and in many projects. Most notable for North Carolina is that his initials “F.W.R” indicate his key role in planning the immense Loray Mills in Gastonia, one of the state’s and the nation’s largest textile mills.

When Lockwood, Greene, and Company undertook the massive Loray Mill project—the first major project in North Carolina by the nationally important company already active in South Carolina—various employees were involved in planning and management. One document—a mill village plan with the initials “J.E.S.” indicates that Joseph Emory Sirrine planned the Loray Mill Village. However, the drawings for the immense initial mill building have the initials, “F.W.R.”

According to the history of Lockwood, Greene, and Company, Frank W. Reynolds was born on April 17, 1868, in Providence, Rhode Island, in the center of the nation’s textile mill universe. He went to work for Lockwood and Greene in 1885 at age seventeen, perhaps as an office boy. He advanced rapidly and became “an exceptionally able draftsman with a strong bent toward architectural work: long before 1901 he was in charge of the drafting room, and was also taking full charge of a number of jobs in the office.” Reynolds worked directly with the company’s founder Stephen Greene and learned every aspect of the business.

Although the company history does not indicate which men designed which mills, the initials on the 1900-1901 Loray Mill drawings tie the design of that magnificent mill to Frank W. Reynolds. Additions to the mill were built later, and designed by other men. Reynolds doubtless designed other mills for Lockwood, Greene, and Company that remain to be identified. Nevertheless, Reynolds’s planning for the initial mill at Loray stands as a landmark in state and national industrial architecture.