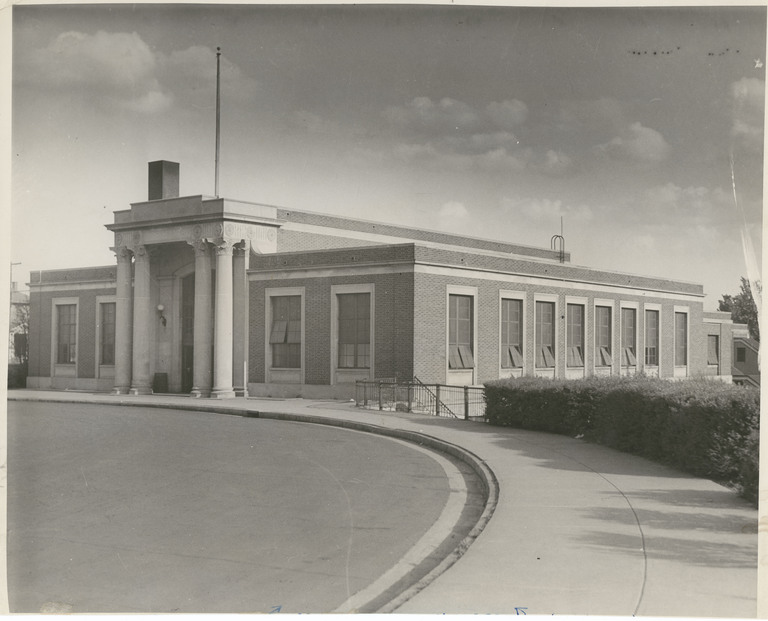 The New York architectural firm of Fellheimer and Wagner was established in 1923 by Alfred T. Fellheimer (1875-1959) and Steward Wagner (1886-1958) and gained fame for designing important American railroad stations in Beaux Arts and Art Deco styles. The firm planned at least two stations and a power plant in North Carolina in the 1920s.

Fellheimer, a native of Chicago, had been part of architectural firms responsible for Grand Central Station in New York and other important railroad commissions, and Wagner had been involved in Beaux-Arts projects. Among the firm’s best known stations are the magnificent Buffalo Central Terminal and Cincinnati Union Station, built a few years after their North Carolina projects. The firm incorporated additional partners and continued until 1940. There is a collection of the firm’s architectural drawings of railroad stations at the Avery Architectural Library of Columbia University in New York, but according to the finding guide it does not include drawings of their North Carolina projects.

In North Carolina Fellheimer and Wagner gained a few commissions in the thriving railroad cities of Greensboro and Winston-Salem, though it is not clear how the commissions came their way. In both cities, both corporate and individual clients frequently obtained designs from northern, urban architects in this period. Although they were best known for railroad stations, apparently Fellheimer and Wagner’s first project in the state, which came soon after they formed the firm, was for the imposing Power Plant (1924) for present University of North Carolina at Greensboro, rendered in red brick in bold Romanesque Revival style complementing the generally Colonial Revival campus architecture by architect Harry Barton.

This was soon followed by two of the state’s most distinguished railroad stations still standing from the 1920s. The Winston-Salem Union Station (1925-1926) is a Beaux-Arts classical design with a Corinthian portico fronting a red brick building featuring Flemish bond brickwork. It was built as the union station for the Southern, Norfolk and Western, and Winston-Salem Southbound lines at a time when Winston-Salem was the richest city in the state. The firm followed this with the similarly classical Greensboro Passenger Station (1927) for the Southern Railway, again in red brick and with an Ionic portico. Greensboro was an important stop on the Southern Railway and a “gateway” city in part because of its competing rail lines. Both stations survived in other uses after their passenger service ended, and have been restored recently for renewed use.

The two principals, A. Fellheimer and Stewart (sic) Wagner of New York, obtained licenses to practice architecture in North Carolina in 1923 and 1924, respectively, with licenses #151 and #160.