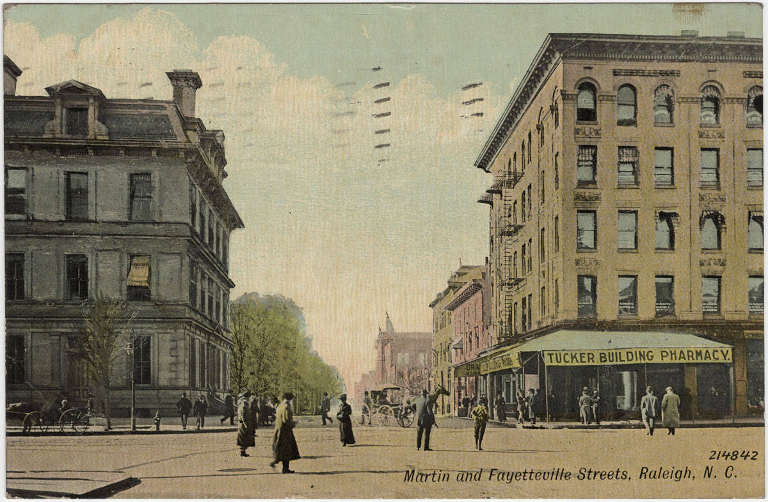 Charles M. Cassell (ca. 1857-ca. 1918), a nephew of architect Charles E. Cassell, was an architect in Baltimore and in Norfolk, Richmond, and Portsmouth, Virginia. From the late 1880s until about 1900 the two men were associated as Cassell and Cassell, with the younger Cassell operating the Virginia offices. Charles M. Cassell died in 1923 and was buried in Cedar Grove Cemetery in Portsmouth, Virginia.

The only known North Carolina building attributed to Charles M. Cassell is the Tucker Building, a prestigious and elaborate 5-story office building erected in 1899 for the estate of Raleigh merchant Rufus S. Tucker on a large and prominent lot at the corner of Fayetteville and Martin streets. According to Elizabeth C. Waugh in North Carolina’s Capital, Raleigh, the plans were drawn by one “C. M. Cassels” of Norfolk, almost certainly the younger member of Cassell and Cassell, who manned the firm’s Norfolk office. No further confirmation of this attribution has been located. The elder Cassell had gained favorable attention in Raleigh for his design for the First Presbyterian Church then nearing completion just a few blocks north.