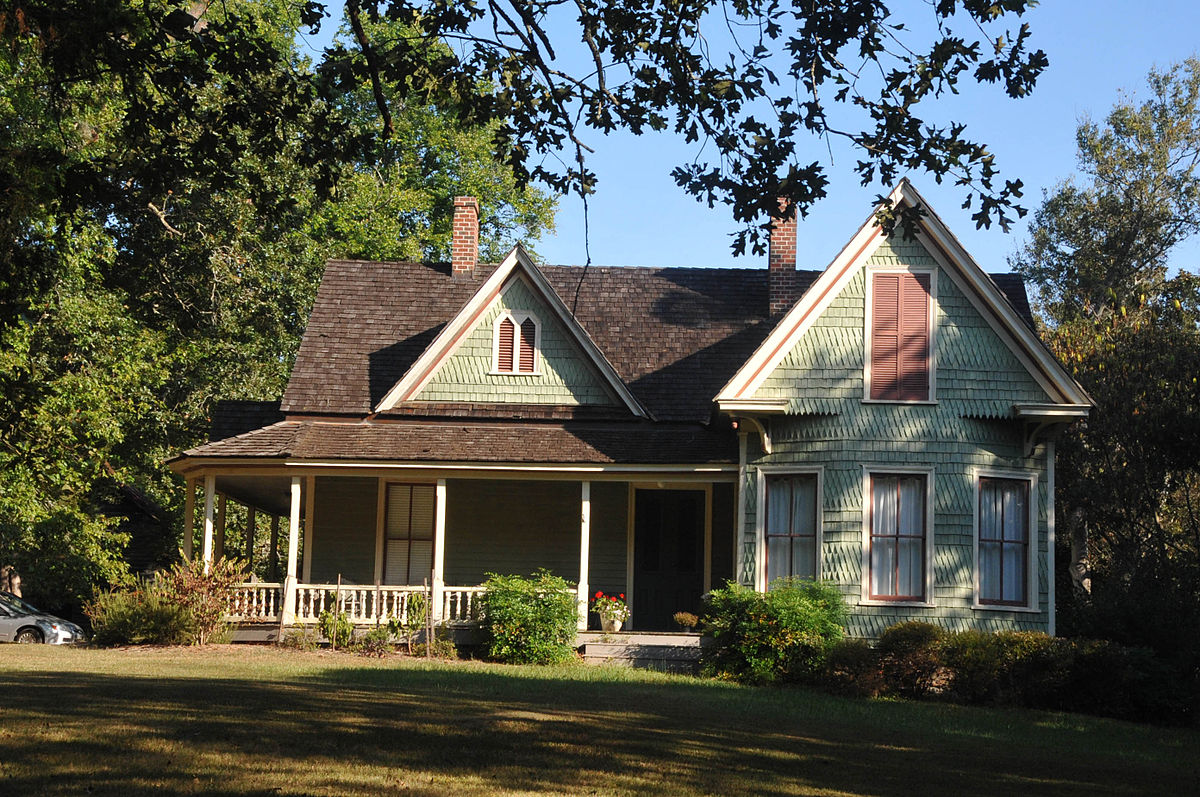 Bennett Nooe, Jr (December 21, 1859-August 10, 1937) was a lumber manufacturer and builder important to the development of the Piedmont community of Pittsboro. Like many builders of the late 19th and early 20th centuries, Nooe began and was most often identified as a lumber manufacturer, but he expanded his business into construction, chiefly in Pittsboro, where tradition cites to him several residences, including especially ornate versions of the Queen Anne style. Although he is credited with having worked in other communities, his main impact was in Pittsboro, where a good number of picturesque residences are credited to him and where his memory remained strong.

A son of Bennett and Mary Ann Watson Nooe of Davidson County, Bennett Jr. married Fannie Rothrock, a native of South Carolina, in 1884. He established a shuttle block manufacturing company in Lexington, N. C. to supply the local textile industry, and the couple moved to Pittsboro soon after the opening of the Pittsboro Rail Company’s railroad in 1887, where Nooe opened a second shuttle block factory and a sawmill. The Pittsboro area was known for its abundance of dogwood and persimmon trees that supplied the unusually hard wood needed for shuttle blocks. After depleting those trees, Nooe shifted his emphasis to the sawmill and added a planing mill, dry kiln, and brickmaking operation. In a typical advertisement in the Chatham Record of January 2, 1890, B. Nooe Jr. offered for sale lumber, weatherboarding, ceiling, flooring, and coffins. As the town grew, Nooe moved into the construction business in the 1890s, but in 1900 he still identified himself as a lumber manufacturer in the United States Census. Carpenter Thomas Hackney has been identified as foreman for some of the construction projects. In 1900, at age 50, Bennett Nooe headed a large household in Pittsboro that included his wife, Fannie, 39, and their eight children aged from twelve years old down to a newborn baby, born at regular intervals during the couple’s sixteen years of marriage. Five of the children were in school. Also in the household was Anna Bray, a servant, and Bennett’s brother, Fred P. Nooe. In 1910, the family composition was much the same, but by this time two of the older sons were working in the saw mill. By 1920, most of the children had left home, leaving only four children living with Bennett and Fannie Noe; at age 60, Bennett continued to be identified as a lumber manufacturer, and two of his sons worked with him.

Based on interviews with Nooe family members and E. C. Tatum’s article, “Bennett Nooe, South Carolina Lumber Pioneer,” in The Southern Lumber Journal, March 15, 1930, Ruth Selden-Sturgill reports that between 1893 and about 1904 Nooe’s construction firm built as many as a thousand stores and houses in Pittsboro, Raleigh, Durham, Lexington, and Chapel Hill. Selden-Sturgill observes that much of the work locally associated with Nooe was characterized by ornate patterned surfaces and abundant turned and sawn decoration. Relatively few of his buildings have been documented, but several have been attributed credibly to him based on local and family traditions and architectural character; a sampling of these appears in the building list.

Among the few contemporary newspaper references to Nooe’s construction business, the Chatham Record of June 13, 1895 reported that that Messrs. London and Son had contracted with Nooe “for the erection of a large brick store [the London Store] . . . on the corner opposite their present store.” The News and Observer of August 29, 1897 praised Nooe’s business as the “chief industrial establishment of Pittsboro.” Brief newspaper notices cite Nooe’s contracts to build a house in Lexington, a bridge over the Rocky River, and an oil mill near Gibson, but offer little further information.

About 1905 Nooe shifted his focus away from building to producing building supplies, including bricks, lumber, and shingles, and caskets. He also served as mayor of Pittsboro and captain of the home guard during World War I. He expanded his operations farther into North Carolina, South Carolina, and Georgia. The Nooes’ social activities, like those of prominent citizens of other towns of the day, were reported in newspapers, such as the luncheon given by Mrs. Nooe to announce the engagement of daughter Mary Charlotte to Richard Aiken of Fuquay Springs. At “Mrs. Nooe’s beautiful home, ‘The Poplars,’’’ the guests played rook in the lavishly decorated drawing room, then partook of a “delicious salad luncheon” in the dining room, where the dining table and the walls and curtains were adorned with hearts “artistically arranged.” The wedding was planned for April 26, 1916. The bride was a graduate of Peace Institute in Raleigh and the groom a tobacco merchant.

In about 1922 Bennett and Fannie Nooe moved to Allendale, South Carolina, and Fannie died in 1924 (News and Observer, June 7, 1924). For a time Bennett lived in Ridgeway, S. C. with a daughter and operated the Ridgeway Lumber Company. Later in life, in about 1932 he moved to Fuquay Springs (present Fuquay-Varina) to reside with his daughter, Mary Charlotte Aiken. He was survived by her and five sons, two sisters, and a brother. His funeral service was held at the Pittsboro Methodist Church and he was buried in Pittsboro (News and Observer, August 11, 1937.