Through the records kept by John R. Donnell, known as “Judge Donnell,” the construction history documentation for this house is unusually complete. (See John Donnell Letter Book and Account Book, Bryan Family Papers, Southern Historical Collection, University of North Carolina, Chapel Hill, North Carolina.) One of New Bern’s finest Federal style buildings, it was a 2-story house of brick laid in Flemish bond and followed a side-passage plan. It featured an unusually early local example of bullseye cornerblocks flanking the window lintels. The house was destroyed by fire in 1972. The adjoining office was moved to a suburban site, and some elements of the elegant woodwork were also salvaged. Because this house was similar to other Federal period houses in town, as discussed in Peter B. Sandbeck, The Historic Architecture of New Bern and Craven County, North Carolina (1988), Donnell’s records provide clues to the artisans involved in other buildings. 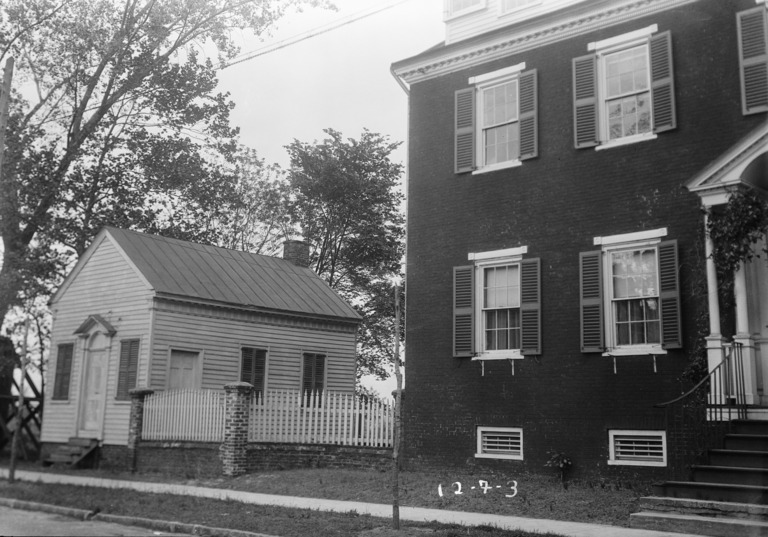