The brick colonial church took years to complete, from 1736 to 1774. Its builders are not known. In 1806-1807, the parish employed architect William Nichols to renovate the old church, which had suffered from neglect. He added the Federal style interior woodwork, a spire on the tower, and other elements; Joe Welcome and Jim Millen accomplished the repointing of the old brick walls and probably the interior plastering. Some changes were made later in the 19th century, including the chancel furnishings planned by Ecclesiologist architect Frank Wills of New York. During a restoration in 1949, when the interior woodwork had been removed, the church caught fire and was severely damaged. It was immediately restored, reusing the Federal period and antebellum interior elements. 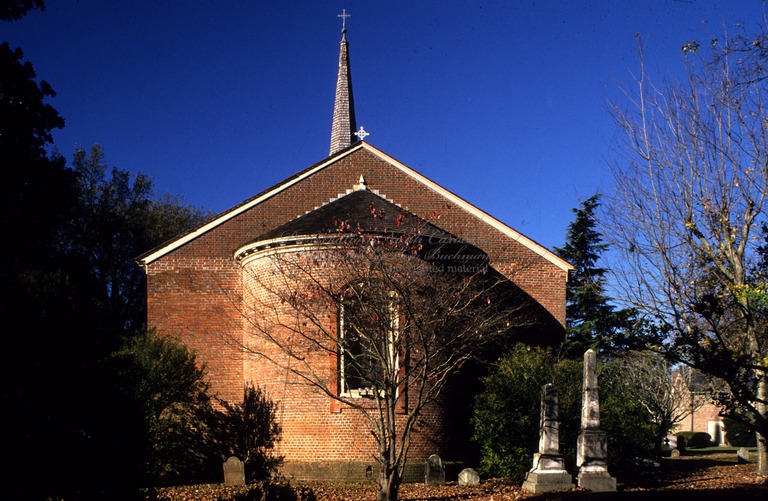