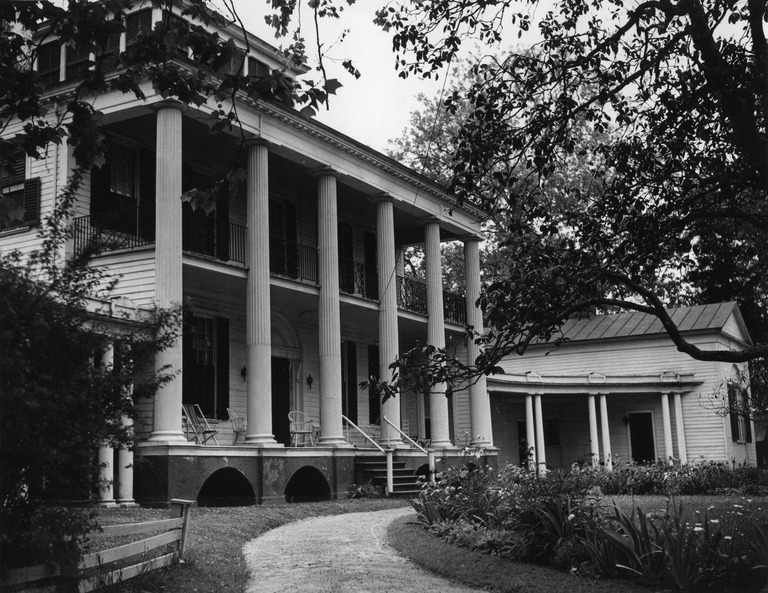 Joe Welcome (ca. 1774-1859), was a multi-skilled enslaved artisan who worked as a bricklayer, stonemason, and plasterer on major building projects in Edenton and neighboring areas. He belonged to the wealthy merchant and planter Josiah Collins, who hired him out to practice his trade, and he evidently operated with considerable autonomy at various jobs. Like Dave Dickinson, another Edenton bricklayer and plasterer of the period, he worked for a planter-merchant elite who kept detailed records and generally cited him by his full name, thus providing unusually full documentation for his activities.

Joe Welcome worked upon occasion with a man called “Old Welcome,” who may have been his father. The “Old Welcome” of 1800 may be the man called “Welcom” whose owner petitioned to free him in March, 1800. Reuben Long’s petition to the Chowan County Court stated that Welcome had served him for “many Years Past with great honesty, Fedelity, and Industry.” The petition was signed by a group of men who had “long known Negro Welcome” and commended his industry and good character. He may be the same individual who was listed in the 1810 United States census of Chowan County, as “Mason Welcome,” a free person of color in Edenton.

In 1800, Joe Welcome was one of a team of slaves including artisans and laborers who accomplished the brickwork, stonework, and plastering involved in constructing the Edenton Academy. Among these men were “Old Welcome” and Jim Millen (another brickmason and plasterer with whom Joe Welcome often worked, and who was hired out by his owner, Alexander Millen), and others. Josiah Collins’s account for the academy project recorded each man’s work from July 1800 to March 1801, tracing the progress of the construction. In July 1800 for example, Joe Welcome dressed stones and, with Old Welcome and others, laid the foundation for the building. In October, Joe Welcome and others took boats to obtain bricks from brickmakers via water, and then he and Old Welcome and Jim began building the brick chimneys, which took several days. Late in October, Joe Welcome began installing the lathing for the plaster, attended by Silvester. He also underpinned the piazzas and in November plastered the piazzas, then turned to plastering the interior of the building. (See Bishir, “Black Builders in Antebellum North Carolina” for a transcription of the account of workmen building the academy.)

A few years later, in 1806-1807, Joe Welcome, along with Jim Millen and other men, worked for several months on the renovation of the colonial period St. Paul’s Episcopal Church in Edenton, executing the plans of architect-builder William Nichols and probably supervised by him. Josiah Collins, a leader in the church, again kept detailed accounts. By this time Welcome was paid at the rate of 12 shillings or 12 shillings 6 pence per day, indicative of a high level of skill. Church accounts for expenses cited payments to “Bricklayers Joe and Jim and friend,” and to Joe Welcome, Jim Millen, and their frequent assistant, Jim Frog. The men underpinned the church, then built scaffolding and spent many days repointing the brickwork of the old walls. They may also have accomplished the plastering of the interior.

Private individuals also employed Joe Welcome for their building projects, including Ebenezer Pettigrew, whose plantation at Lake Phelps was near the Collins plantation. Pettigrew, who made frequent improvements to his Bonarva Plantation House, paid Josiah Collins for many days’ work by Welcome from about 1803 to 1818.

Doubtless Welcome also worked on building projects for the Collins family. It was Josiah Collins I (1735-1819) who was cited in most of the projects on which Welcome worked, but by the 1810s the Josiah Collins mentioned may have been Josiah II (1763-1839). The Collinses had a house, the Homestead, in Edenton and a small house called the Colony House at their Somerset Plantation near the lake. Josiah Collins III (1808-1863) built a mansion in the 1830s at Somerset Plantation. Welcome’s work on his owners’ projects has not been documented.

When planter James C. Johnston built his large Hayes Plantation House, near Edenton, from designs by William Nichols, Joe Welcome was involved from the beginning to the end, often working along with Jim Millen (who had been purchased by Josiah Collins from his previous owner Alexander Millen). On July 8, 1813, one of Johnston’s slaves, a literate man named Sam, wrote to Johnston concerning this or another project, reporting that he had “made application to Welcome the Bricklayer relative to the number of Bricks & quantity of Lime that would be necessary to build the chimney and underpin the huse” (see Zehmer, Hayes for a photograph and transcript of the letter). Welcome estimated that it would take 5000 bricks and 50 bushels of lime, at the rate of 10 bushels of lime per thousand bricks. “his terms for bricking the chimney is $10 the underpinning exclusive.” In 1815, when Hayes got underway, Johnston listed “workmen at Hayes,” including “Welcome and boys,” and thereafter he recorded payments to Joe Welcome at intervals. It is likely that Johnston paid Welcome directly, and that Welcome then turned over a portion of his wages to Collins. However, for Jim Millen Johnston kept an account of what he owed to Josiah Collins for Millen’s work and settled up with Collins.

According to research by historians Elizabeth Fenner and Peter Wood in the Collins family papers and other sources, the Joe Welcome active in the early 19th century was part of an extensive family owned by the Collins family. He is probably the man known by the mid-19th century as “Old Joe Welcome,” who lived from ca. 1774 to 1859, and whose children included Gilbert and Bill Beasley. Joe Welcome was listed among the “Negroes allowed to visit Edenton” at Christmas in 1835, 1837, and 1838, along with other men and women—probably to participate in the traditional “Jonkonnu” celebration of the season. He is likely the black man called “Welcom” listed in the U. S. Census of 1860 as having died in July, 1859, at age 85. He had a great-grandson also named Joe Welcome, who was born ca. 1846. Other enslaved men by the same name in the Collins records include a Welcome (b. 1805) whose wives included Suckey and Lettis, and who had several children.