The Manufacturers’ Record reported on April 3, 1902, that plans for the city hall and market in Goldsboro had been accepted from W. P. Rose, and on July 10, 1902, that a contract had been let for the city hall and market to Porter and Godwin, with Rose and Eaken of Raleigh “architects in charge.” However, the distinctive design has been credited generally to architect Herbert W. Simpson of New Bern. 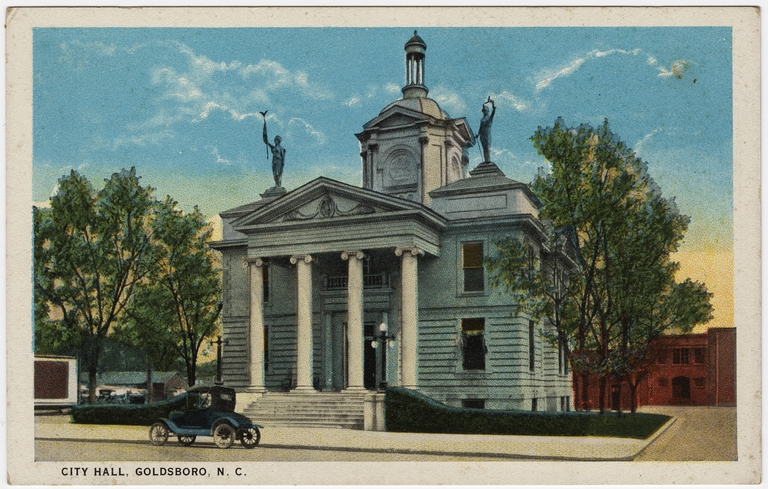