The Southern Conservatory of Music was established in 1898 and in 1900 the Duke family sponsored construction of a substantial building in memory of Mary Duke Lyon (the only daughter of Washington Duke), who died in 1893. The grand building in “Italianate” style was built to accommodate a school for music and a concert hall. The principal, Prof. Gilmore Ward Bryant, according to the Durham Sun of August 10, 1899, came to Durham in hopes of establishing such a conservatory in the South, and the project was funded by Washington Duke and his son Benjamin Duke, who were both instrumental in establishing Trinity College (later Duke University) in Durham. The conservatory opened in March 1900 (Durham Sun, March 9, 1900). 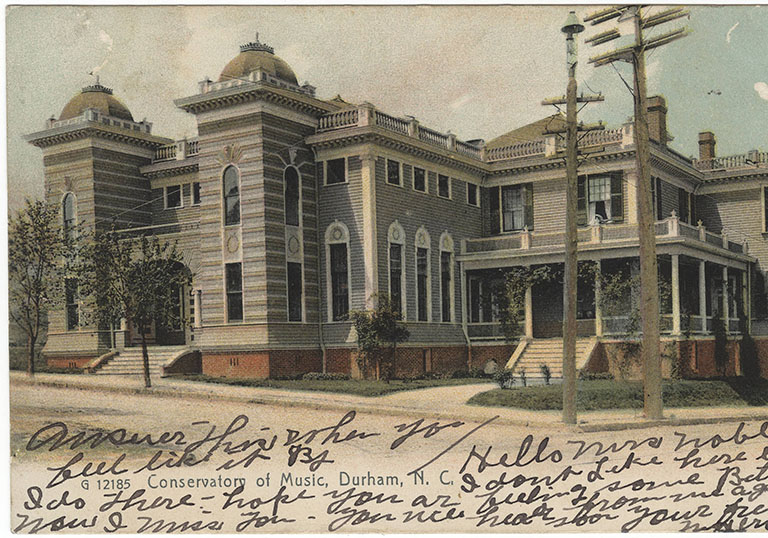