George Vanderbilt planned a manorial village outside the gates of the Biltmore Estate and had Frederick Law Olmsted lay it out. Richard Morris Hunt designed some of the original buildings, including the Railroad Depot, Estate Office, and All Souls Church. Most of these featured brickwork combined with stucco or “pebbledash,” and some had half-timbering. They continued the “estate style” of the farm buildings at Biltmore. After the older Hunt’s death, Richard Howland Hunt and Richard Sharp Smith continued to design the buildings that composed the picturesque village, most of which survives to the present. A similar style was used by Smith at the YMI Building in Asheville for the estate’s black workers, sponsored by Vanderbilt. Among the buildings in Biltmore Village that have been credited to the contracting firm of J. M. Westall are the following: Cottage H, Cottage L. Cottage Z (Swann St.), Barber Shop, Swannanoa Lodge and Office (Biltmore Ticket Office), Biltmore Schoolhouse. 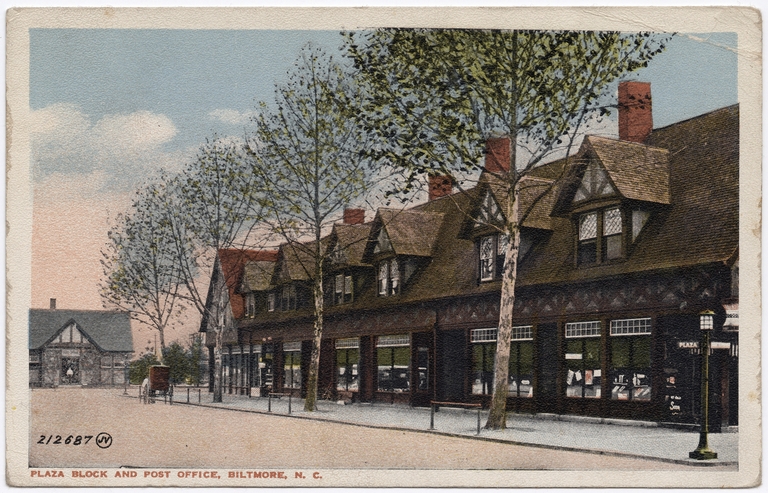