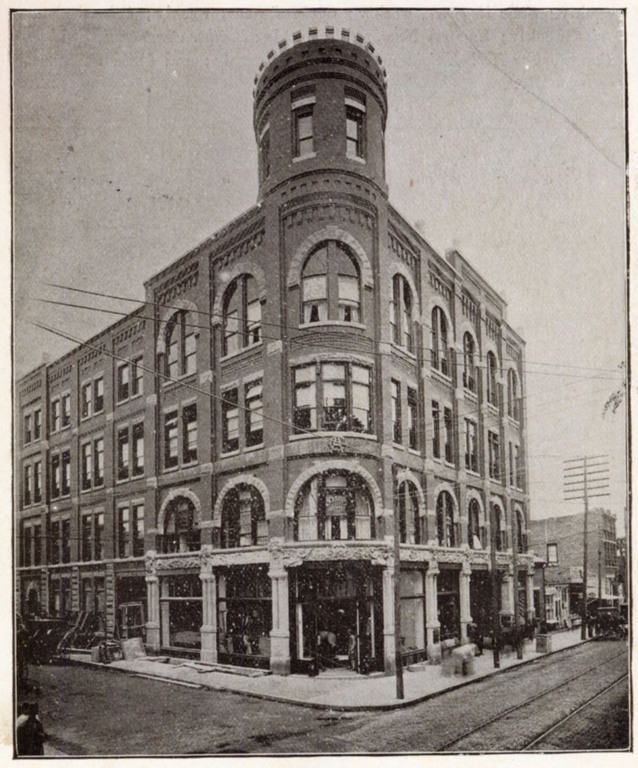 James Manassas Westall (September 11, 1861-January 1, 1943), a “pioneer builder” in Asheville, was a contractor who erected many of the city’s railroad boom era buildings before retiring to operate a building supply business. He was one of several men from the “first families” of western North Carolina who became leaders in the building trades as the region developed. He and his firm erected buildings in many different styles, sometimes from his own plans or other examples, and often from designs by the city’s leading architects such as Richard Sharp Smith and A. L. Melton.

According to his obituary, James M. Westall was born in the Swannanoa Township of Buncombe County to a family of “prominent pioneer families” in western North Carolina. Born on September 11, 1861, he was given his middle name for the first Battle of Manassas (Bull Run to the Yankees), a Confederate victory fought in Virginia on July 21, 1861. He was one of several children of Thomas C. and Martha Penland Westall, whose other children included Julia Westall Wolfe (the mother of author Thomas Wolfe) and W. H. Westall, who founded a building supply company in Asheville. In 1884 James Westall married Minnie White (d. 1934), and they too had a large family.

During Asheville’s stunning growth period from arrival of the Western North Carolina Railroad in the 1880s into the early 20th century, J. M. Westall was one of the city’s most prolific building contractors. He along with several other skilled and ambitious builders, together with celebrated architects of the era, were essential to creating the city’s remarkable late 19th century and early 20th century architecture.

Westall erected several buildings designed by Richard Sharp Smith, who had been superintending architect at George Vanderbilt’s Biltmore Estate (see Richard Morris Hunt) and established a permanent practice in Asheville. At Biltmore Village, which Vanderbilt established at the railroad stop near Biltmore Estate, Westall built several cottages and other structures in the “Biltmore style” with rough-cast and half-timbered work from Smith’s designs and possibly those of Hunt and Hunt’s son, Richard H. Hunt.

Westall also constructed other Asheville houses designed by Smith or inspired by Smith’s style, including some residences on Merrimon Avenue and in the Chestnut Hill neighborhood, including the picturesque David Cottages from Smith’s plans. Moreover—so Smith claimed—Westall copied the architect’s designs in houses he built on his own without Smith’s authorization or credit to Smith. (Their dispute indicates one avenue by which the Smith-influenced picturesque style proliferated in the city.) Among Smith’s grandest houses attributed to builder Westall is the Carl V. Reynolds House in Colonial Revival style, with a bowed staircase landing which has been described as a hallmark of Westall’s work.

Westall built many other substantial edifices in Asheville, some of which were noted in his obituary. Of these, the Bingham Military Academy, the Paragon Building, and the City Auditorium are lost. Among his surviving buildings, especially notable examples include the Drhumor Building, a brick commercial building designed by architect A. L. Melton and adorned by vivid stonework by stonecutter Frederick B. Miles who had worked at Biltmore; and the large, towered Central Methodist Episcopal Church, planned by leading church architect Reuben H. Hunt of Tennessee, plus numerous residences.

In 1906, Westall founded a building supply firm, J. M. Westall and Company, which was one of the largest and longest-lived in the city, with a facility downtown and a lumberyard at the intersection of the Southern Railroad and Haywood Road. Throughout his long life, Westall also took a role in local civic and business affairs, including service on the board of alderman and vice mayor. He had a longstanding interest in promoting the scenic and healthful qualities of Western North Carolina. In 1910, he was joined in the building supply business by his son, James Frederick (“Jack”) Westall. Jack, described in 1912 as “one of the hustling young business men of the city,” operated the J. M. Westall Lumber Company for many years and became a leader in local politics. The firm continued in the family for many years.