The first Centenary Methodist Church was so named because its construction was begun in 1884, the centenary anniversary of the denomination in the United States. Its tall spire was the tallest in town in its day. The congregation joined with West End Methodist Church in the 1920s and built the present Centenary Methodist Church (1920-1931) on 5th St., a massive stone edifice, from designs by the New York firm, Mayer, Murray and Phillips. (When the 1886 church was built in downtown Winston, the towns of Winston and Salem had not yet become Winston-Salem.) 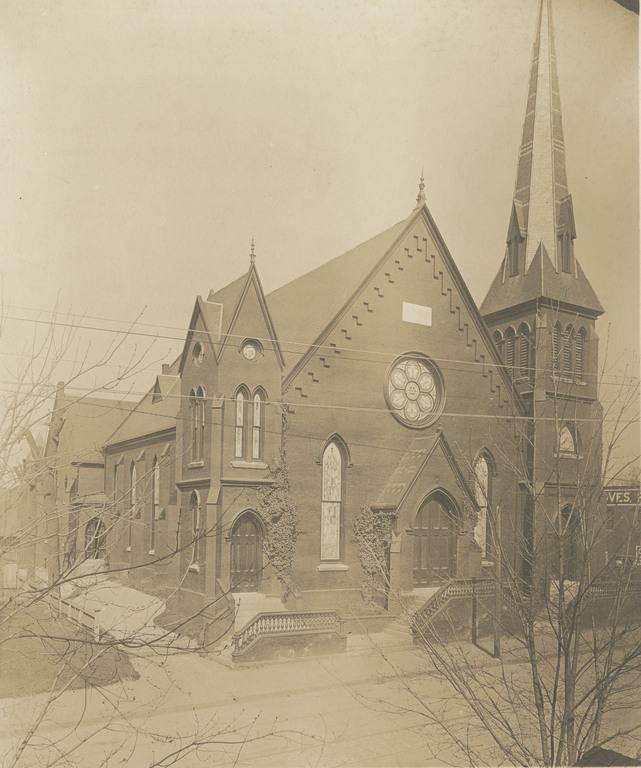