According to the News and Observer of August 24, 1899, Zachary and Zachary had built the Erwin Cotton Mills in Durham, which the newspaper cited as one of the largest mills in the state. The first section of the mill was built in 1893; it was expanded by 1898; and further expansions followed in 1907 and subsequent years. Erwin Mills was established in 1892 when the Duke family began to invest some of their tobacco profits in textile manufacturing; they employed William Allen Erwin, experienced in textiles with the Holt family in Alamance County, as secretary-treasurer. It is not known whether the Alamance County connection led to employment of Zachary and Zachary for the commission, which came during a general economic depression and must have been welcome work. The extensive complex has been rehabilitated for new uses and is a prominent landmark of the city. The postcard shows the Erwin Cotton Mills in the foreground and the Erwin Cotton Mill village (see Joseph Emory Sirrine) in the background. 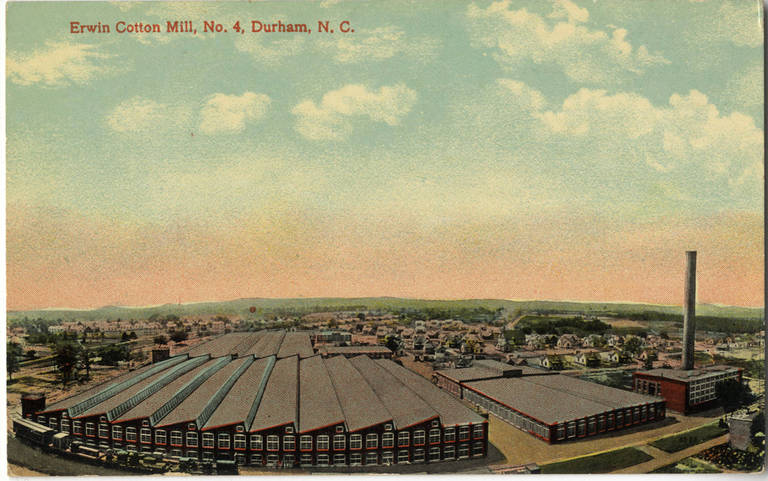