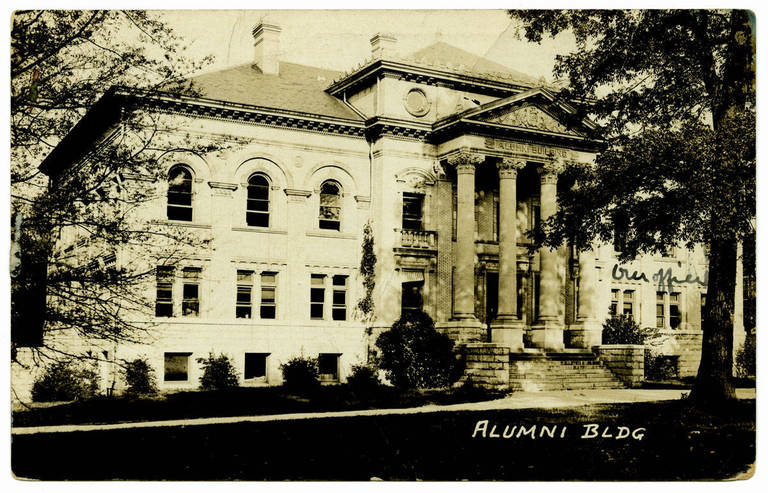 Zachary and Zachary was a contracting and building supply firm active in Raleigh and Wilmington from the early 1890s until about 1901. Its principals were father and son Henry Clay (H. C.) Zachary (1848-1905) and Arthur D. Zachary (1872-1938). Both were born in Alamance County, where Henry Clay Zachary began his career as a house carpenter. About 1893, father and son moved to Raleigh. Their practice, known as Zachary and Zachary, took on major projects in Raleigh, Chapel Hill, Wilmington, and elsewhere, specializing in institutional and industrial buildings, including cotton mills.

The Zachary family had deep roots in Alamance County, where the family (variously spelled Zeachery, Zackery, etc.) was numerous. According to family genealogies, Henry Clay Zachary was the son of William Zachary (1818-1872) and a descendant of early settlers in the part of Orange County that became Alamance. In 1880 Henry Zeachery, aged 32, was a house carpenter and head of a household in Newlin township that included his wife Mary Ann (Cates), 30, also of a large local family, and their children William, 10, Arthur D., 8, James W., 6, and Bettie W., 1. More children soon followed. Mrs. Zachary’s brother, J. W. Cates, was head of the J. W. Cates and Brothers contracting and building supply company in Alamance County, and Cates was evidently associated with Zachary on some projects.

H. C. Zachary and his family moved to the town of Company Shops, now Burlington, where in 1883 H. C. was advertising his business as builder and contractor as well as supplier of doors, sash, and blinds. He joined in the industrial development taking place in Alamance County and the larger Piedmont, accomplishing several projects for the Holt family, the county’s leading textile mill developers. In 1886 the Alamance Gleaner of April 1 noted that Zachary had contracted to build sixteen tenement houses (mill workers’ houses) for Thomas Holt at Haw River, three more tenement houses and a brick dye-house for L. B. Holt in Graham, and “a lot of other work for L. S. Holt at Company Shops.” (See Berry Davidson for more information on the Holt family.)

By the early 1890s, H. C. Zachary and his son A. D. had established their building firm in Raleigh. Having developed building and management skills sufficient to engage in large industrial projects, Zachary and Zachary built from architects’ or engineers’ designs, and their work gained respect from both clients and architects. The firm also had a large building supply operation.

In 1899 the Raleigh News and Observer of August 24 carried a story summarizing the accomplishments of the firm. Citing the two men as native North Carolinians from Alamance County, the newspaper reported that H. C. Zachary had twenty-five years’ experience in construction and had moved to Raleigh with his son Arthur “some six years ago.” H. C. ran the contracting and building end of the business, while his son operated the building supply business, which also specialized in fine mantels and fittings. In the previous five years, the 1899 account stated, Zachary and Zachary had constructed four major cotton mills—Pilot Cotton Mills in Raleigh, the E. M. Holt Plaid Mills in Burlington, the Tarboro Cotton Mills and, one of the largest mills in the state, the Erwin Cotton Mills in Durham. In the same period the firm had built the University Inn at Chapel Hill and additions to the North Carolina Insane Asylum in Raleigh.

With these impressive works to their credit, Zachary and Zachary soon took on additional projects and expanded their operations and geographical range. Among their projects were the principal buildings at the University of North Carolina in Chapel Hill in the period: Alumni Hall, the Carr Building, and the Mary Ann Smith Building. They also took the contract for the textile factory, Delgado Cotton Mills, in Wilmington, in 1899 (which had a Holt family connection), and erected other buildings in the port city. The Wilmington Weekly Star of May 26, 1899, carried a laudatory account of the firm’s work, stressing their other textile mill work along with their local Delgado project, and stating that they were to open a Wilmington office soon. The “clever manager” at their branch office in Wilmington was W. L. Cates (a relative by marriage). Other large projects in the same period included work for the Atlantic Coastline Railroad in Rocky Mount and the Methodist Orphanage in Raleigh.

By the end of 1900, however, the firm began to cut back its operations. They closed the Wilmington office in January 1901, consolidating operations in Raleigh. In March 1901, Zachary and Zachary advertised their shop at 108 W. Martin Street as a source of “artistic wood mantels,” and other fireplace fittings, indicating that H. C. Zachary, the contractor and builder, was less active in the business, while his son, always in charge of the mantel works, was continuing. The United States census of 1900 listed H. C. Zachary, a contractor aged 60, in Raleigh with his wife, Mary (Cates) Zachary and their daughters Ellen, Bessie, and Mary; Arthur D. was listed as a merchant, living with his wife Maggie. In 1902 Arthur D. Zachary announced that he was the manager of the Zachary Mantel Company, successor to the construction firm of Zachary and Zachary. Henry Clay Zachary died in 1907 and was buried in Pine Hill Cemetery in Burlington. By 1920 Arthur and his family had moved to Florida, where they lived with his widowed mother Mary and sister Bessie; Arthur and Maggie Zachary were still there in 1930. Arthur died in 1938 and was buried in Lakeview Cemetery in Sanford, Florida; Maggie Zachary died in Florida in 1972.