The Goldsboro Daily Argus reported on March 26, 1902, that architects from “all over the State” had submitted drawings and explained the advantages of their designs for the Goldsboro City Hall, and the building committee chose W. P. Rose, “whose work was by far the most handsome from an artistic standpoint.” The Manufacturers’ Record reported on April 3, 1902, that plans for the city hall and market in Goldsboro had been accepted from W. P. Rose, and on July 10, 1902, that a contract had been let for the city hall and market to Porter and Godwin, with Rose and Eaken of Raleigh “architects in charge.” The Goldsboro Daily Argus of September 9, 1902, reported that W. P. Rose of Raleigh, “the architect who furnished the plans and specifications for the new City Hall,” had arrived to inspect the work on the building and adjudged that Porter and Godwin were doing the work in a “very satisfactory manner.” 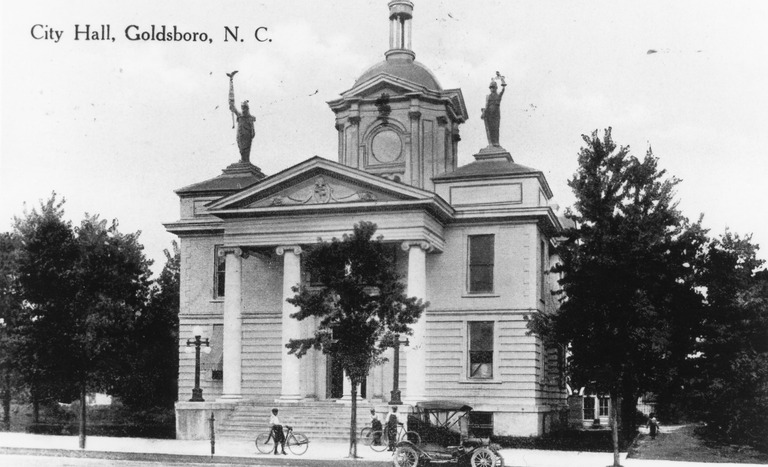