The North Carolina Odd Fellows obtained plans from McMillen for the Jacobi building, which was to cost $22,000 (Manufacturers’ Record, July 30, 1908). The orphanage sponsored by the state’s Odd Fellows openated from 1892 to 1970. McMillen’s large, classically detailed brick building was named for Wilmingtonian Jacobi, a major donor to the institution. It stood next to the original orphanage building planned by A. G. Bauer in Queen Anne style. The orphanage site is now a city park. 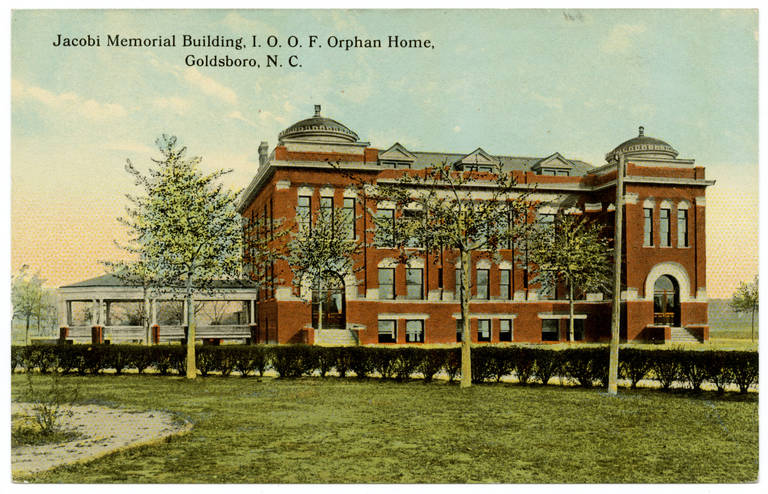