The Daily Tar Heel of April 11, 1922 reported that Thomas C. Atwood and William Kendall (of McKim, Mead and White) had conferred with the Graham Memorial Building Committee concerning the best location for a campus edifice to honor the late university president, Edward Kidder Graham, an idea conceived as early as 1920. Other architects had been considered: Hobart B. Upjohn, R. B. McGoodwin, and Charles C. Hook. On May 12, the Daily Tar Heel reported that the T. C. Atwood Organization was busy working on plans; in the interim, architect Arthur C. Nash had come to Chapel Hill to serve as chief architect for the Atwood organization. The building was constructed in stages and remained unfinished for several years because donations sufficient for completion were slow in coming, but a large gift finally enabled it to be completed in 1931 and dedicated in January, 1932. Based on Archibald Henderson’s list of buildings, this was the last of the campus buildings for which the contractors were T. C. Thompson and Brothers; thereafter a variety of contractors constructed the university buildings. It was also the last for which the firm of McKim, Mead and White was listed as consulting architects to Arthur C. Nash. 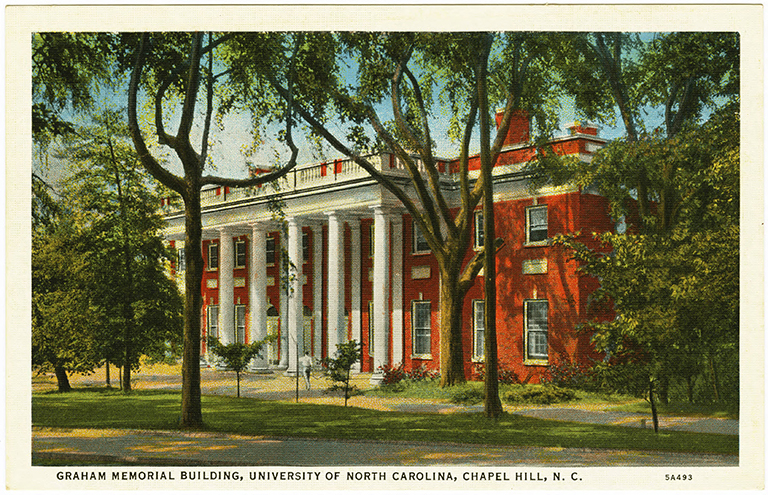