The Manufacturers’ Record of Jan. 12, 1911, reported that Leitner was architect for the remodeling of the ACL depot and office building in Rocky Mount. The depot, one of the most important on the route through North Carolina, developed over several stages. The initial building, credited to Charles E. Hartge in 1891, is shown on Sanborn Maps of 1893 and 1901 as a 1-story, frame building. This structure was either razed or possibly incorporated into the next building. By 1907, the brick station consisted of a 2-story center section and a 1-story wing; the architect of this stage has not been identified. By 1912, thanks to Leitner’s remodeling, the much enlarged 2-story brick building had two 2-story wings, each of which extended to the rear. Further expansions brought the building to its present 3-story form. The postcard image shows the 2-story building created in 1911. 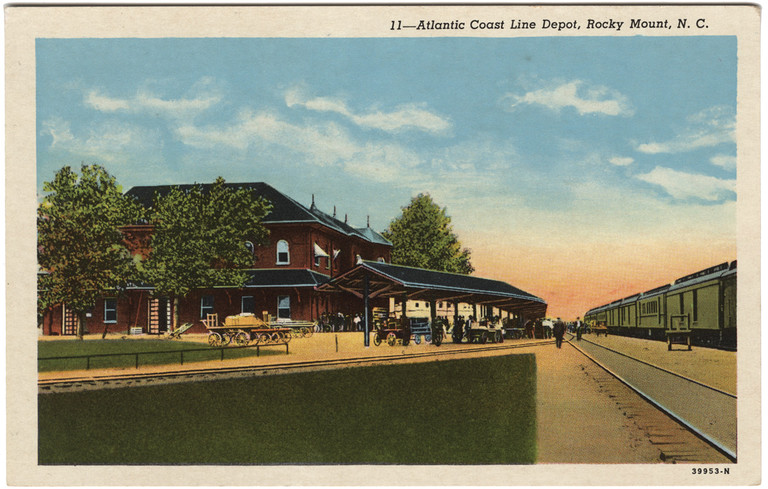