Thomas R. Butchko, On the Shores of the Pasquotank: The Architectural Heritage of Elizabeth City and Pasquotank County, North Carolina (1989).

The Manufacturers’ Record of March 5, 1914, reported that Dr. John Soliba and Benton and Moore, architects, would receive bids to erected the Elizabeth City Hospital, 3 stories, steam heat, tile roof, to cost $25,000. As pictured by Butchko, the edifice was among the most imposing hospital buildings of its day, a massive, generally symmetrical brick building, two stories on a raised basement with a Corinthian portico and dome more typical of a courthouse than a hospital. It was greatly altered later in the 20th century. In 1988 the architects’ original rendering was on display at the Albemarle Hospital. Its present whereabouts is uncertain. 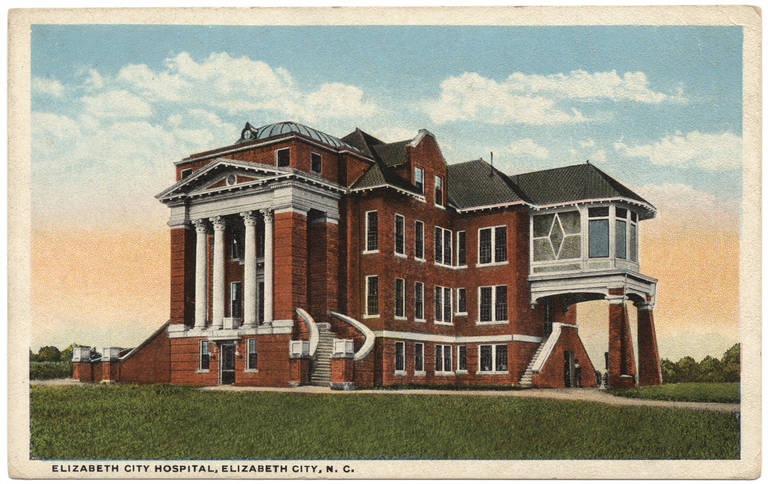