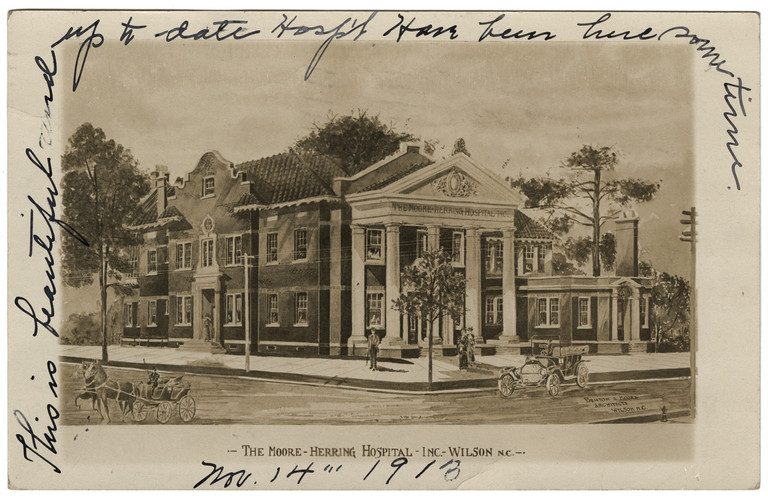 The architectural partnership of Benton and Moore of Wilson, North Carolina, was formed in about 1910 by Charles C. Benton, Sr., a native of Wilson, and Solon B. Moore, who arrived there a few years earlier. During their partnership that lasted until ca. 1915 the firm designed several imposing neoclassical edifices in Wilson including two hospitals, the Fidelity Mutual Life Building, the Gothic Revival style St. John’s African Methodist Episcopal Zion Church, and a number of residences.

Developing a specialty in the growing health care business, beyond Wilson they designed the imposing, neoclassical Elizabeth City Hospital and, one of their last projects together, the simpler but similar Rainey Hospital in Burlington. The firm frequently sent notices of their projects to the Manufacturers’ Record. After the partnership ended, Charles C. Benton, Sr., formed the firm of Benton and Benton with his brother Frank W. Benton and took on projects in many communities, while Moore’s practice concentrated in Wilson.

For fuller accounts of each partner, see their biographical entries herein.