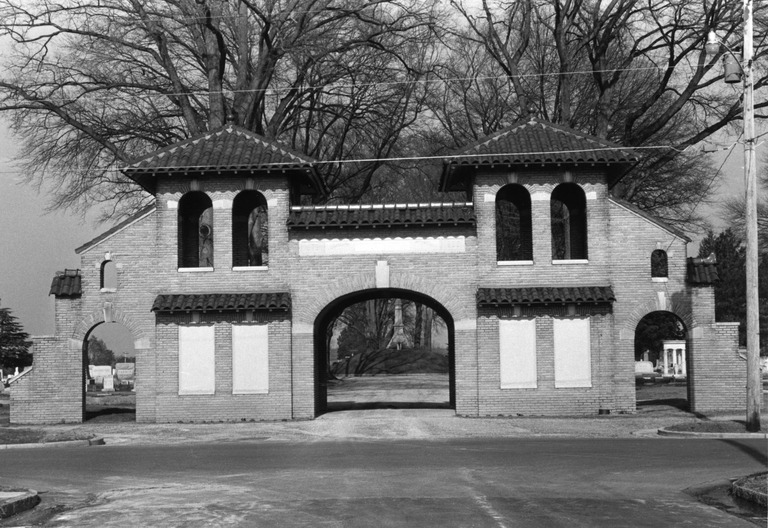 Solon B. (Balias) Moore (May 17, 1872-January 16, 1930) practiced architecture in Wilson for more than twenty years, briefly with Charles C. Benton, Sr., in 1910-1915 and then for sixteen years on his own. Arriving early in Wilson’s emergence as the leading bright leaf tobacco market in America and one of the wealthiest towns of its size in the nation, he figured prominently among the architects and builders who designed the Colonial Revival residences and robustly detailed bungalows for which the town is renowned.

Moore was born in the Waco community in Cleveland County in the foothills of North Carolina, the son of Dr. Simpson T. Moore, a dentist, and Elizabeth Moss. Educated in local rural schools, he learned the carpentry trade beginning at age fourteen. Little is known of his early manhood except that he is said by descendants to have worked as a carpenter in South Carolina, Alabama, Texas, Virginia, and Louisiana as well as in his home state. He married Shelby Tarleton in Rowan County in 1897, and the couple lived in Gastonia and had at least two children, Fedy and Myrtle, before divorcing about 1905.

In 1900, Moore identified himself to the census taker as an architect. Family tradition states that Moore studied architecture at night while practicing carpentry during the day. Late in 1905 he moved east to Wilson, probably drawn by its rapid growth and its tobacconists’ rising demand for construction of all kinds. He brought with him his daughter Myrtle, and for a time the two lived with Solon’s brother John and his wife Sarah. In 1908 the city directory listed Solon as a foreman, but the 1910 United States census noted him as an architect, residing with his daughter Myrtle in the home of his widowed sister-in-law Doney (Sarah?) Moore. By 1920 Moore had married Flossie Davis of Wilson and his household included his wife, their daughter Sarah, and his grown daughter Myrtle.

None of Moore’s work in Gastonia has been identified, and few of his early commissions in Wilson, with the exception of the W. G. Carr House (ca. 1907), a frame residence in Colonial Revival style built for a tobacco warehouse owner.

In about 1910 Moore went into partnership with young Wilson architect, Charles C. Benton, Sr. Their brief but prolific partnership (ca. 1910-ca. 1915) produced several imposing neoclassical edifices in Wilson including two hospitals and the large, columned Fidelity Mutual Life Building, the Gothic Revival style St. John’s African Methodist Episcopal Zion Church, and a number of residences. Developing a specialty in the growing health care business, beyond Wilson they designed the imposing, neoclassical Elizabeth City Hospital and, one of their last projects together, the simpler but similar Rainey Hospital in Burlington. The firm frequently sent notices of their projects to the Manufacturers’ Record.

After the partnership ended, Charles Benton formed the firm of Benton and Benton with his brother Frank W. Benton and took on projects in many communities, while Moore’s practice concentrated in Wilson. Over the following sixteen years, Moore planned several commercial buildings in classical styles, at least one tobacco warehouse, and numerous residences. His houses in the Colonial Revival style often featured semi-circular porticoes and tile roofs. His imaginative and highly livable bungalows contributed to Wilson notable collection of such dwellings, large and small. Moore’s bungalows, as exemplified by the Selby Anderson House, were generally built of brick, sometimes featuring shingles and half-timbering. His own home, built in 1924, displayed the gambrel-roofed Dutch Colonial style. Moore’s residences stand throughout much of the western residential sector of town, including those along the architecturally illustrious residential avenues of West Nash Street and Raleigh Road.

Moore died in Wilson on January 16, 1930 and was buried on January 18 in Maplewood Cemetery. His pall bearers included leading local citizens and prominent contractors Will and Rob Wilkins, J. B. Batton, W. M. Jones, and Sam Winstead of Wilson, and D. J. Rose of Rocky Mount.

Editor’s note: Most of the Wilson buildings cited to Moore in the building list were identified by Kate Ohno in the 1970s from a collection of Moore’s photographs and records held by a descendant, which permitted an unusually complete picture of his works. Not all of the projects cited to Benton and Moore in the Manufacturers’ Record have been confirmed.