The J. A. Jones Construction Company acquired two lots at the corner of E. Morehead and McDowell Streets in 1922, a key location in the expansion of the Dilworth suburb. J. A. Jones formed a real estate company with his sons to develop the apartment building, which was designed by architect Willard G. Rogers, who had previously been in partnership with architect C. C. Hook. The company and the building were given the name Addison, J. A. Jones’s middle name. See Charlotte Historic Properties Report for the Addison Apartments by William H. Huffman, Dan L. Morrill, and Sherry J. Joines (1994, 1997) at http://www.cmhpf.org/S&Rs%20Alphabetical%20Order/surveys&raddison.htm. 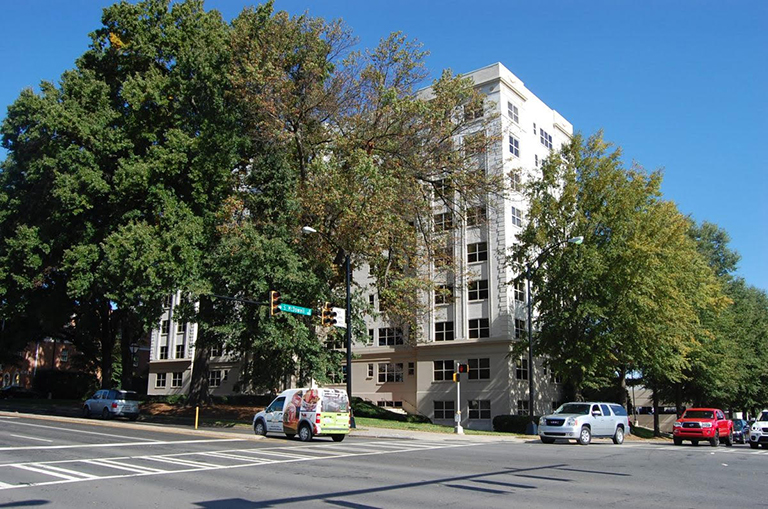