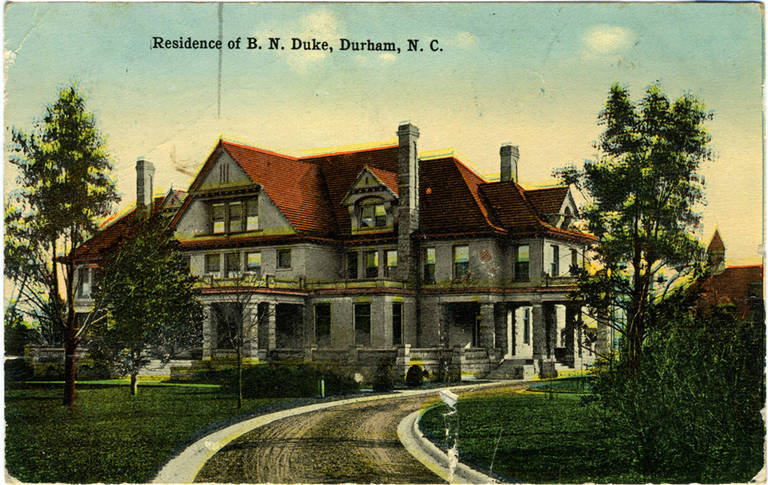 Willard G. Rogers (1863?-1947), a native of Cincinnati, practiced architecture in Charlotte, N. C. for many years, for a time as a partner in Hook and Sawyer with Charles Christian Hook and then on his own.

Relatively little is known of Willard G. Rogers’s early life. According to a biographical dictionary of Cincinnati architects he was the son of architect Solomon Willard Rogers and grandson of the famed Massachusetts and Ohio architect Isaiah Rogers. Willard presumably learned his profession from his father.

Solomon Willard Rogers and his family moved about during Willard’s youth. The United States Census of 1880 showed Willard G. Rogers, aged 18, in Tate, Ohio, the son of Solomon W. and Susan Rogers; Solomon was identified as a native of Connecticut and a farmer. The family moved to Atlanta, where city directories show them in the early 1890s. In 1900 Solomon Rogers was living in Mississippi, identified as an architect from Connecticut, working as an architect, and living at a boarding house. The rest of the family may have stayed in Georgia; in 1900, Solomon W. Rogers, architect from Massachusetts, aged 71 and his wife Susan Rogers, aged 66, were living in Edgewood, DeKalb, Georgia. The 1910 census, which recorded Willard G. Rogers as an architect in Charlotte, put his birth year at about 1866 and his father’s birthplace as Massachusetts.

Around 1900 Willard G. Rogers and his wife Eva, a native of Kentucky, moved to Charlotte, where he soon affiliated with the growing city’s leading figures. He worked initially as an architect for the engineering firm of Stuart W. Cramer. In 1905, he joined architect Charles Christian Hook in the architectural firm of Hook and Rogers. Hook and Rogers’s practice, which continued until 1916, covered a broad area and included a wide range of building types and styles including many college projects.

Rogers was active in professional organizations. In 1912 he served as president of the North Carolina Architectural Association, of which William H. Lord of Asheville was vice-president and Franklin Gordon of Charlotte was secretary-treasurer. He was also a Scottish Rite Mason as early as 1913. Mrs. Rogers’s social activities and travels were frequently noted in the pages of the Charlotte newspapers.

After Rogers’s partnership with Hook ended, he went on to practice on his own. Beginning in 1916, he frequently advertised his services as a “registered architect” with his office at 502 Trust Building in Charlotte newspapers. In 1921, he advertised that he had an office in Charlotte and another in Kinston, North Carolina, where Liston L. Mallard was the manager, thus enabling the firm to accomplish projects in eastern North Carolina.

Rogers’s work on his own encompassed a variety of building types, especially in the western Piedmont. Several were among the most prominent in their communities at the time, including courthouses and leading banks. Rogers appeared regularly in Charlotte city directories as an architect, and in 1940, the United States Census recorded Rogers, an architect aged 71, and his wife Eva, aged 62, still residing in Charlotte. Shortly after this, he moved to Atlanta, where he died on November 28, 1947, aged 83.