The Charlotte Observer of May 12, 1907, announced the awarding of the construction contract for the auditorium designed by Hunter. It described the planned auditorium in detail. It was to be of brick and steel, measuring about 95 feet by 180 feet and standing equivalent to 4 stories tall. It was expected to seat about 4,000 people. The same newspaper provided another description on September 8, 1907, as the building neared completion, including the installation of large steel girders. It is said to have opened in 1908 for the state Democratic convention. When the auditorium was razed, reportedly a portion of the building was moved to Tuckaseegee Rd. to serve as a church. 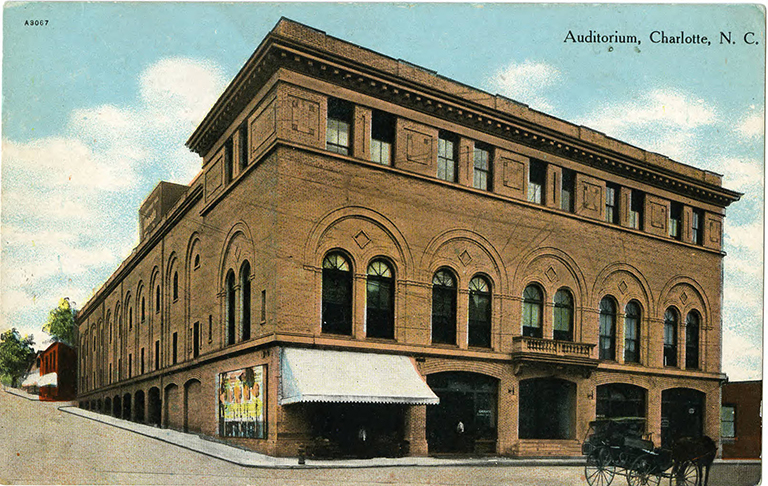