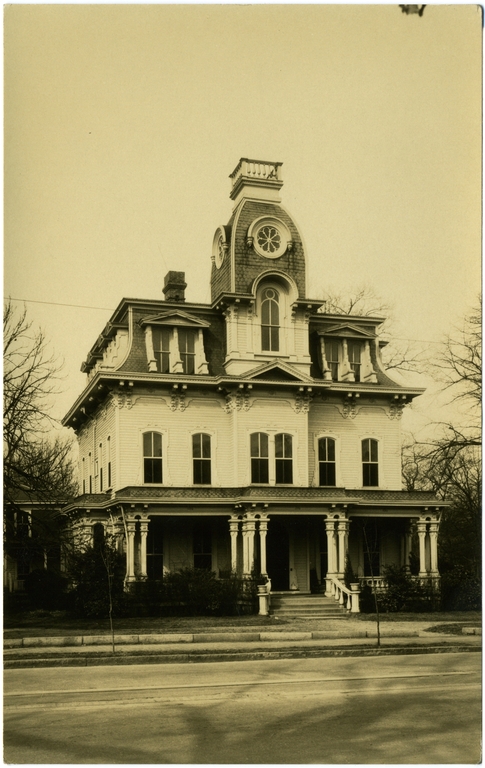 Wilson and Waddell, a partnership established about 1863 by John M. Wilson and John A. Waddell, both of Warren County, became a large building supply and contracting firm after the Civil War. Wilson was a builder and sawmill operator, and Waddell was a carpenter and builder. After the war, the two men settled in Johnston County, where they established a steam-powered sawmill around which the town of Wilson’s Mills developed. They acquired timber land near the North Carolina Rail Road and formed the Wilson Lumber Company, a sash and blind manufactory, and the contracting firm of Wilson and Waddell. Because they were located on the railroad, they could readily supply building projects along its route, including Raleigh and points west. For a list of their buildings, see John A Waddell.