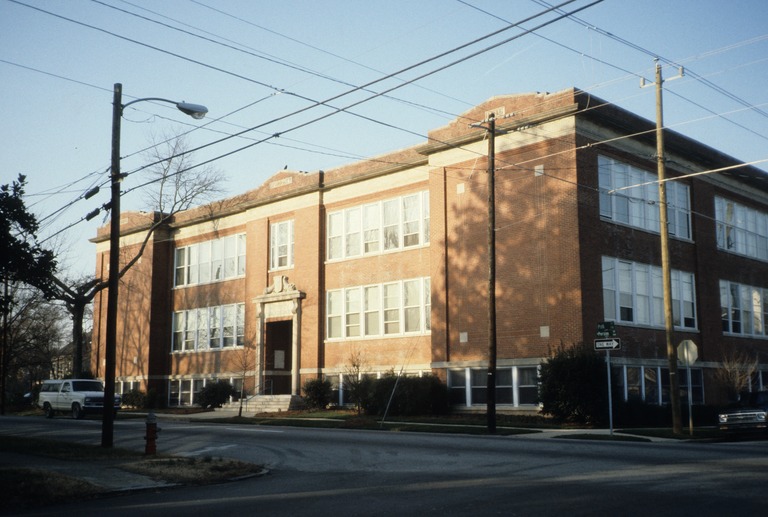 Son of an established family in Wayne County, Kennedy attended local schools and then studied textile engineering at present NCSU—the only program at the college that offered instruction in building and architecture. Kennedy was a popular student and outstanding athlete on the football team. After graduation in 1903, he moved to Wilmington and became assistant superintendent of building with the Atlantic Coastline Railroad. He left Wilmington in 1905 to work briefly with the Raleigh firm of William P. Rose and Harry P. S. Keller. By 1907 Kennedy was the Norfolk and Southern Railroad’s superintendent of building and general architect with an office in Raleigh.

After the railroad went into receivership, he opened his own Raleigh office. His practice focused at first on residences, then on public commissions. A Raleigh Chamber of Commerce publication of 1910 lauded his success as an architect “busy designing and superintending the construction of buildings of a public or semipublic nature in this city and the surrounding district.” The Manufacturers’ Record reported in 1909 that he had planned a school for black students and a house for A. J. Kaplan, both in Raleigh, but these have not been identified. In his known works, Kennedy employed a variety of styles including the classical and, in two important Raleigh commissions—the City Market and the Woman’s Club—the less familiar Spanish Revival style. By 1910 he was listed as an architect and head of household in Raleigh, with his wife Florice or Flonnie and their children, and there the family still lived in 1930.

Kennedy developed a specialty in public school design, and when the state invested in school consolidation in the 1920s he was poised to take commissions for large school buildings. After the Great Depression came, from about 1933 onward he worked for the Federal Housing Authority as a housing inspector until his death in 1948.