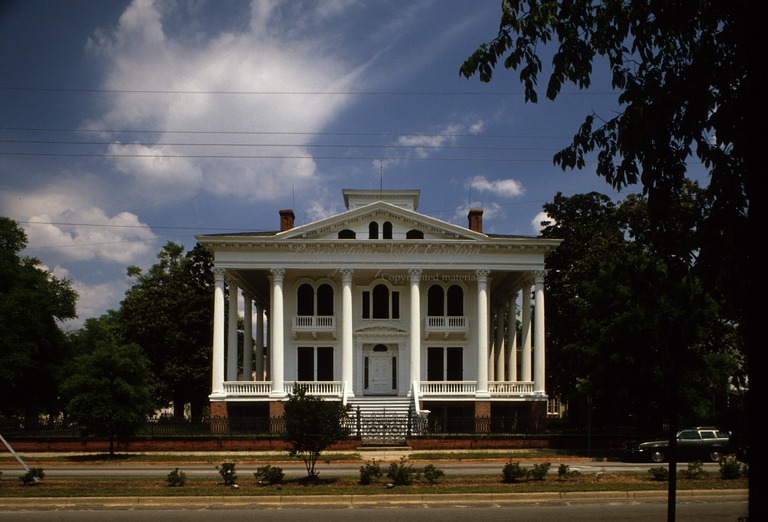 Elvin Artis (1820-Jun 7, 1886), a free carpenter man of color, was evidently the “E. Artis” who was the contractor for erecting the Bellamy Mansion (1859-1861) in Wilmington, North Carolina for Dr. and Mrs. John D. Bellamy. The architects were James F. Post and his assistant architect, Rufus Bunnell.

Most of the construction of the immense frame house, as Bellamy family members and others emphasized, was accomplished by enslaved and free black workmen; John D. Bellamy, Jr. recalled in 1934 the participation of the Howe, Artis, Price, Sadgwar, and Kellogg families. James F. Post’s ledger and Rufus Bunnell’s diary provide unusual detail about the project, Artis was identified in Post’s ledger as “E. Artis” and by Bunnell as “Artis, a free negro.” In early February, 1860, Bunnell recorded that “the negro contractor for the timber work of the Bellamy house. . . had completed raising about two-thirds of the heavy yellow pine frame,” and on March 20, 1860, Bunnell noted, “In the course of the day visited the B. [Bellamy] house, went all over it even up into its observatory and then sat a long while talking with the negro contractor, ‘Artis’ about all the work.” The house was completed just months before the Civil War began. No other surviving buildings have been credited to Artis, though it is likely that with his skills he was involved in numerous projects.

Elvin Artis was a member of a large free family of color by that name in Wilmington and elsewhere in North Carolina and Virginia. Its members traced their free ancestry back to the colonial period, including some men who served in the American Revolution. The United States Census of 1850 listed Elvin Artis as a 37-year-old mulatto carpenter (implying an earlier birth year than his gravestone or the 1870 census) and head of a household that included his 22-year-old wife, Eliza (Lizzie Green), and five young children: E. A., Champion, Silvester, and twins Hildred and Eldred. Three more children, John, Jane, and Lizzie, were born after 1850. Their neighbors included a number of other artisans of color. The family apparently is not recorded in the 1860 census. Eliza Artis evidently died during the 1860s.

The census of 1870 showed “Ellwin” Artis, aged 50, a house carpenter identified as black, heading a household that included his wife, Caroline (Mitchell), aged 35, whom he had wed in 1867, and his sons Eldred, 19, a barber; John, 17, an apprentice carpenter; and Jane, 16, in school. During the 1860s, Elvin Artis opened a barber shop and began to advertise his services regularly in local newspapers. In 1870 he was a partner in a “shaving and hair cutting salon” in the basement of the Purcell House (hotel) in the 100 block of North Front Street. He later moved his shop to 504 North Front Street.

Artis continued work activities as a building contractor. The Wilmington Post reported on January 15, 1882, that a contract for building a bell tower [Howard Relief Fire Company No.1 Bell Tower] at the Howard Relief Fire Company No.1, on Fourth street, had been awarded to “Elvin Artis, one of our colored contractors, for $461. The tower is to be 49 feet 8 inches in height and 14 feet square at the base, and will be weatherboarded.” A month later the same newspaper noted Artis’s satisfactory completion of the tower, which was built to hold the city bell formerly located at the market house. During the late 1860s Artis participated in Republican political life (see Wilmington Daily Journal, May 2, 1867), and in later years he occasionally served on juries. The Wilmington Star of June 8, 1886, reported his death on June 7 at age 66 years, 3 months, and 3 days. He was survived by his wife, Caroline (1847-1918). Their funerals were both held at Chestnut Street Presbyterian Church.