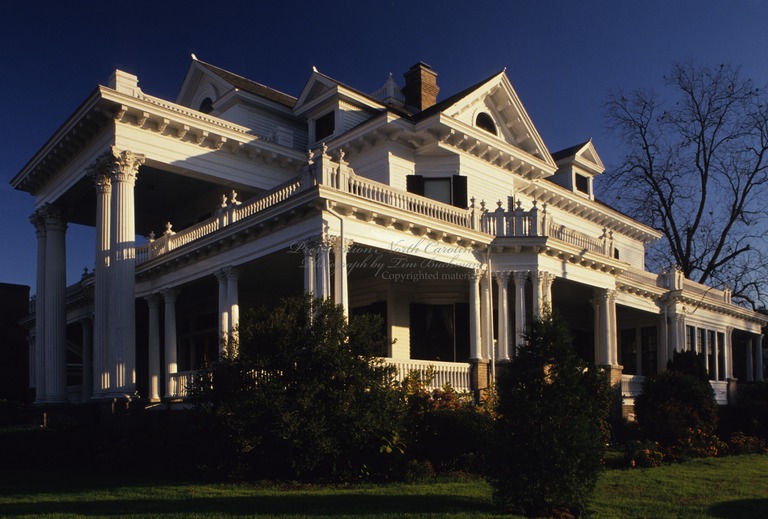 Joseph Perry Kramer (1867-1924), a carpenter, builder, and architect, planned and constructed many of Elizabeth City’s buildings during the early 20th century. He was a representative example of the many builders who worked in a locale for many years, producing a wide range of building types that shaped the architectural character of their communities.

Born in Pennsylvania, Joseph P. Kramer was the son of Daniel S. Kramer, a builder and manufacturer who moved from Pennsylvania with his family to Elizabeth City shortly after the Civil War, when Joseph was a small child. Joseph Perry Kramer, known as Joe P. Kramer, spent his life and career in Elizabeth City, and was responsible for much of the city’s architecture during a key period in its growth. Although Joseph worked with his brothers Charles, John, and Allen, in the family manufacturing and contracting business, he was mainly a builder and architect. According to family accounts, after 1914 he devoted his time exclusively to building and became one of Elizabeth City’s leading builders.

Joseph P. Kramer’s work is known primarily from the recollections of his son, Joe P. Kramer, Jr. (1908-1987). Because of his son’s accounts, the extent and variety of Kramer’s work in Elizabeth City illustrate with unusual completeness the diverse accomplishments of a local builder. His work included custom buildings planned and built for a variety of clients, as well as investment properties built by the family. Many of the materials for construction came from the family’s sawmills and sash and blind factories. Kramer worked in a wide range of styles and forms, from modest bungalows to imposing Colonial Revival residences.

Like many builders of his day, he sometimes constructed buildings from other architects’ designs, but often developed his own designs for the buildings he erected. Especially character-defining in Elizabeth City are the many middle-class houses Kramer built as freestanding houses in rows, two stories tall with strong Queen Anne-Colonial Revival style features. Of a type seldom seen elsewhere in North Carolina communities, they are an important element in Elizabeth City’s unusually urban streetscapes of the late 19th and early 20th centuries. Whether all or only some of these were planned and built by Kramer and his brothers is not known.

Kramer was one of the first licensed architects in North Carolina. His license certificate, issued in 1915, was #48 in the official registration book of the North Carolina Board of Architecture, one of the early group of men who were licensed in the state based on their having been in professional practice prior to the licensing act of 1915.

Kramer’s obituary stated that he “drew the plans for many of the city’s most important structures.” His son, Joe, Jr., noted that his father’s role as architect was chiefly in designing buildings that he also constructed. Kramer died while one of his buildings, the Louis R. Chappell House, was still under construction.