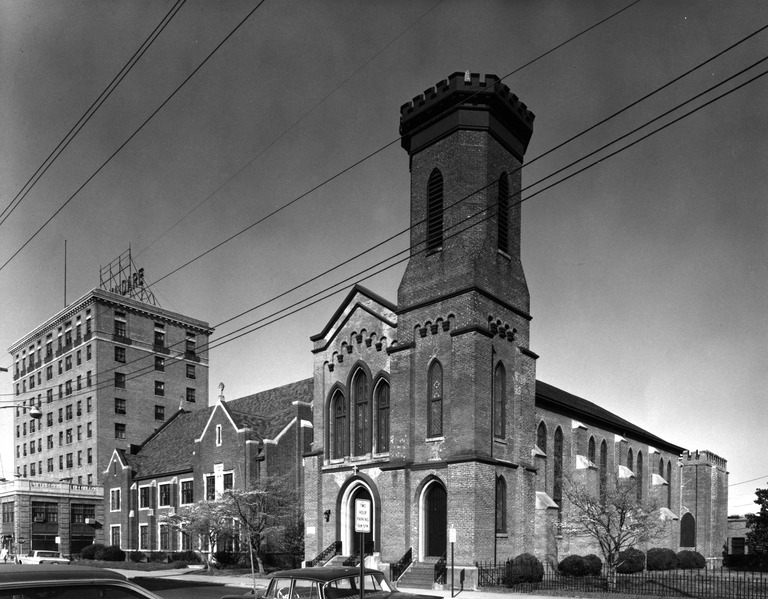 J. Crawford Neilson (1816-1900), a Baltimore architect, designed many buildings in Maryland and Virginia during a long career. From 1848 to 1856, and from 1865 to 1875 Neilson was associated with John R. Niernsee, an architect who went to South Carolina in 1856 as architect of the state capitol there and was the father of architect Frank Niernsee.

Neilson’s only known North Carolina project was Christ Episcopal Church in Elizabeth City, which was built by Thomas Coates, a builder from Virginia, who also constructed some buildings designed by architect William Percival. The parish register (1856) of Christ Church in Elizabeth City notes that J. Crawford “Nelson” drew the plan for the church and the contractor was a Mr. Coates of Petersburg. The bricklayer was identified as F. Haskins, while one “Blanchard” did the woodwork. An important landmark in downtown Elizabeth City, the powerfully composed brick church features an asymmetrical façade dominated by a massive corner tower and enriched with bold corbelling, creating a forceful rendition of the Gothic Revival style not seen elsewhere in the state’s antebellum architecture.