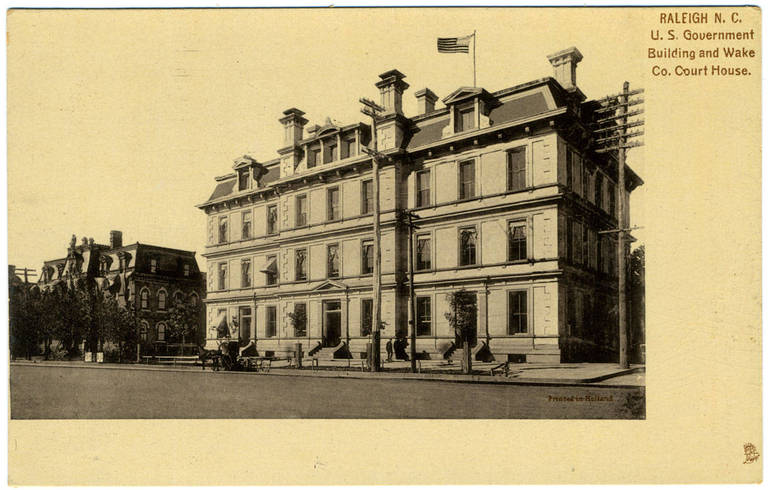 Born in Taunton, England, Mullett came to the United States with his familyas a child in about 1842 and spent his early years in Cincinnati. Afterschooling in Cincinnati, he trained and worked in the office of Cincinnatiarchitect Isaiah Rogers during the 1850s. In 1860, after traveling and studyingin Europe, he was appointed to a clerk’s position in the United States Officeof the Treasury. During the Civil War, he served in the Union army and in 1863joined Rogers at the Bureau of Construction of the Treasury Department (laterSupervising Architect of the Treasury) in Washington DC, and eventually tookover Rogers’s position as Supervising Architect (1866-1874). In this capacityhe planned many important Federal buildings, of which the best known are theimmense State, Army, and Navy Building (Executive Office Building), built in1871-1887 next door to the White House in Washington, and the United StatesMint in San Francisco. His work included some of the nation’s premier examplesof the Second Empire style in the post-Civil War period. After leaving Federalemployment, Mullett established a private architectural firm and practiced inNew York along with his sons. After a period of ill health, he committedsuicide in 1890.

It was in his capacity as Supervising Architect of the Treasury that Mullettplanned the United States Post Office and Courthouse in Raleigh, one of thefirst major public buildings erected in the state after the Civil War. In1856-1857, Congress had appropriated $50,000 for a post office in Raleigh, butnot until 1860 was a site selected and purchased. The prospect, onset, andaftermath of the Civil War delayed construction for several years, and in themeantime, a crude barracks served the purpose. Once the project wasreactivated, Mullett insisted that the budget was too low, and it was increasedto $100,000 in 1872 and then to $200,000. Mullett’s office began plans in1873.

Finally in 1874 work began on the edifice following plans from Mullett’soffice. The cornerstone was laid on July 4, 1874. Politics and problems withsuppliers, contractors, and supervisors as well as cost overruns plagued theproject, and the building was not occupied by the post office and Federal courtuntil 1878 and 1879, respectively. The eventual cost was $341,496.87. Locatedon Raleigh’s main street beside the county courthouse, the post officepresented Mullett’s characteristic Second Empire style in relatively restrainedfashion, with walls of pale granite, bold classical and Italianate details, anda low mansard roof punctuated by chimneys and dormers. Although there were atone time several Second Empire style public buildings in North Carolina, thisis one of the few examples still standing, along with the Craven CountyCourthouse designed by Philadelphia architect Samuel Sloan.