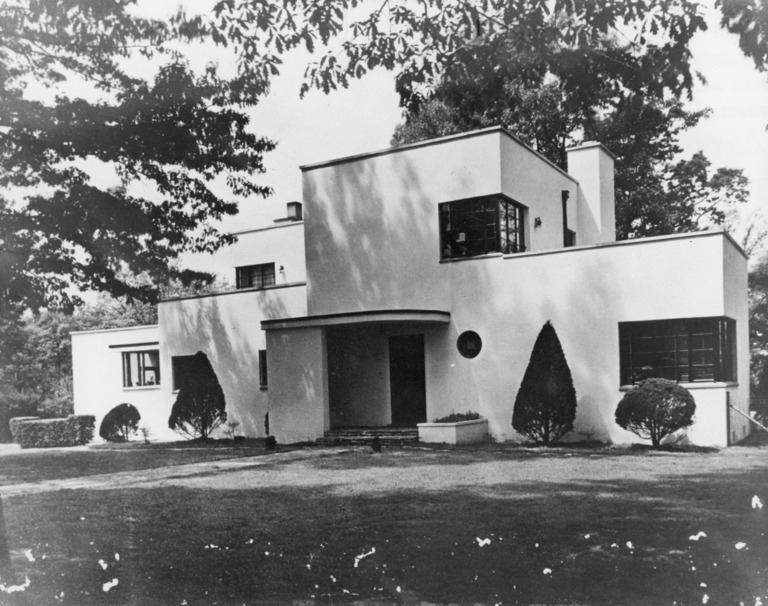 Greene and Rogers was a short-lived but highly prolific architectural firm in Asheville which flourished during the mid to late 1930s despite the challenges of the Great Depression. Ronald Greene was an experienced architect who had practiced in Asheville and Western North Carolina since the 1910s. The younger W. Stewart Rogers joined forces with Greene shortly after receiving his M. A. in architecture from Harvard in 1932—probably in 1933 or 1934. Initially Rogers was employed by Greene in the firm of Ronald Greene, Ltd., as shown in the 1935 and 1937 city directories. The 1939 city directory identified the firm as Greene and Rogers. The firm was listed in 1937 and 1939 directories as having an office in the Grove Arcade (see Charles N. Parker), and in 1940 on Edwin Place. Locally, the pair has been referred to Greene and Rogers in discussions of their entire period of association, and that usage is employed in their building lists.

The first known work from their association is the International Style Howard Gamble House(1935) in Durham. Architectural historian Claudia R. Brown suggested in the National Register of Historic Places nomination for the Gamble House that it was Rogers and his education at Harvard that produced this unusually early example of the International Style in the state. During the following years Greene and Rogers designed numerous residences and other buildings in Asheville and elsewhere in a wide range of styles. The two went separate ways at the outset of World War II. See their respective biographical entries for bibliography.