Wachovia, a banking company that originated in Winston-Salem, began the cit’s early 20th century “race to the sky” with Milburn and Heister’s 7-story steel-framed skyscraper. After the O’Hanlon Building (see Northup and O’Brien) was built to 8 stories in 1914, Wachovia had Milburn and Heister add another story to their edifice. Both were soon eclipsed by taller buildings. 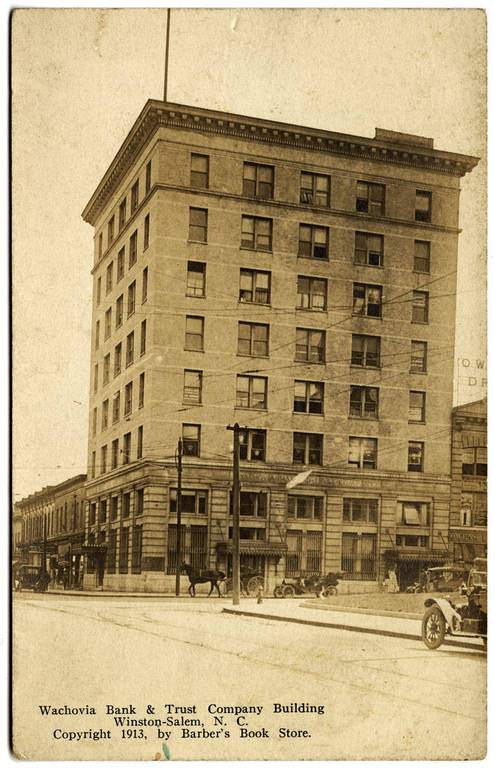