A notice carried in the Roxboro Courier of November 6, 1901, reported that Lazenby Brothers of Statesville had the contract to build the $25,000 Carnegie library. It was to be “of the French renaissance style.” The Manufacturers’ Record of November 7, 1901, noted that “Lazenby Brothers of Statesville” had received a $25,000 contract to erect a proposed Carnegie Library in Charlotte, a prominent edifice designed by Wheeler, McMichael, and Company (the short-lived partnership of Oliver Wheeler and James M. McMichael). The accompanying postcard image shows the library on the right, and First Baptist Church on the left. 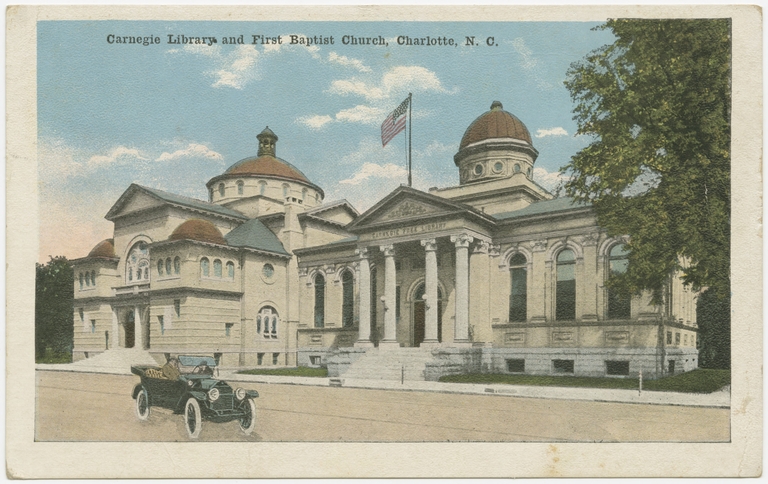