The Raleigh Times of February 5, 1910, reported on the groundbreaking for the orphanage sponsored by the Knights of Pythias and located near Clayton. Nineteen firms bid on the construction of the initial phase of the main building (News and Observer, November 20, 1909). The Wilmington Morning Star of December 12, 1909, carried a long story about the proposed building including a drawing of the multipart complex with central domed building. The first building to be erected, the article stated, was a corner building. It may have been the only portion actually constructed and is depicted in a postcard. (Some sources credit the design to Henry E. Bonitz of Wilmington, but newspapers of the day, including one from Wilmington, document Hook and Rogers as the architects.) 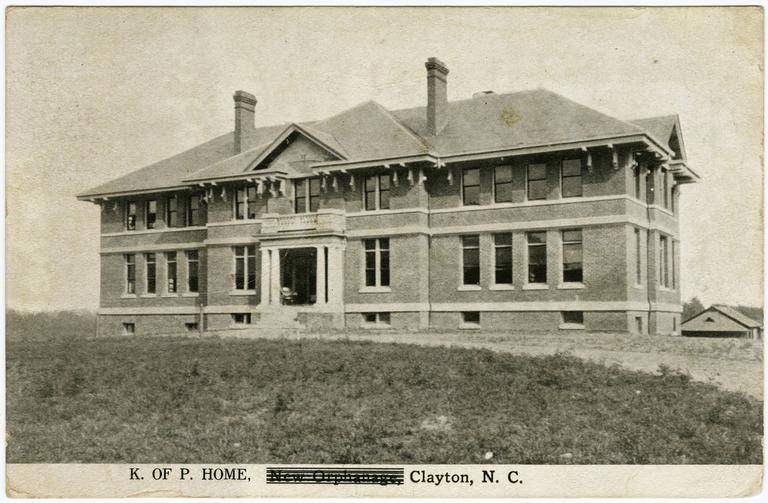