A principal landmark in Canton, the handsome office building was headquarters for the firm that built the town’s principal industry the Champion Paper Company. The Champion Log noted that the brick came from Fletcher, N. C., and the granite from Mount Airy. The Asheville Citizen-Times of September 29, 1912, also credited William H. Lord with designing a bank in Canton and another in nearby Waynesville (the latter was also cited in the same paper in September 1903). These have not been identified. 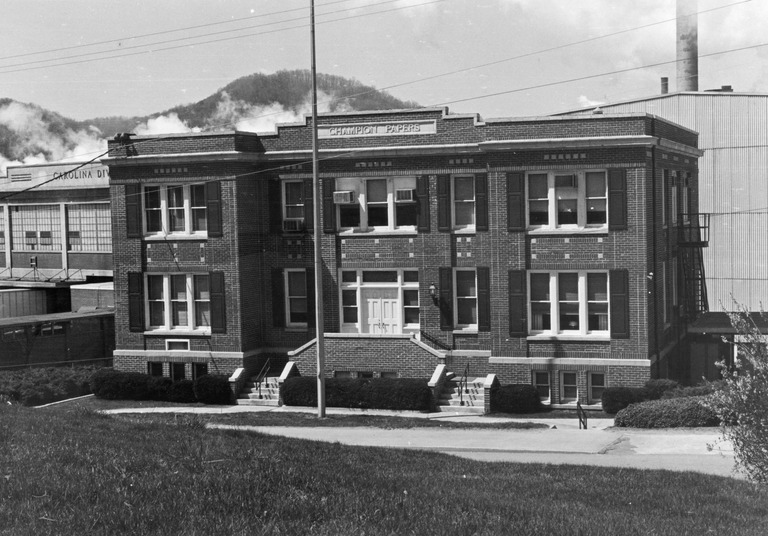