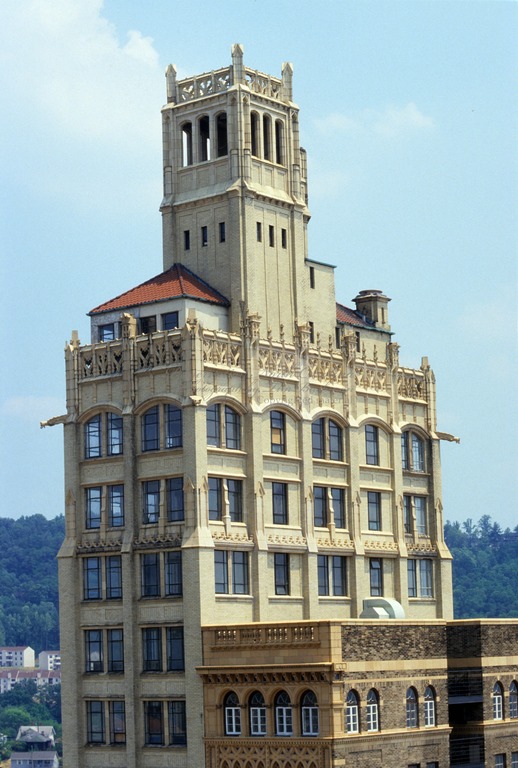 Luther Launcelot Merchant (1876-1966), a contractor who was called a “construction pioneer” in Asheville, took a central role in building the city’s notable early 20th century architecture. A native of Brooks, Indiana, he was the son of John and Eliza Jane Hess Merchant. The family moved to Henderson County, North Carolina in about 1885. Luther attended local schools, enlisted for service in the Spanish-American War, and then moved to Asheville about 1904. Listed in the local city directory of 1904-1905 as a carpenter, and by 1909 as a contractor, he initially worked for Asheville builders including J. C. MacPherson, for whom he served as foreman for seven years.

By about 1911, according to an article in the Asheville Citizen (July 6, 1924), Merchant “decided that he had sufficient experience to go into the game for himself,” and he joined with “several good men” including his brother, Oscar, to establish a contracting business. The Merchant Construction Company grew rapidly and eventually took on projects in four states. In Asheville, the firm constructed some of the booming city’s principal buildings. Designed by various architects, these exemplified a variety of styles, forms, and construction techniques, some of them new to the city. The competence, skill, and size of Merchant’s firm were vital to the successful completion of buildings that often employed challenging construction methods and large scale work.

Probably the most famous of Merchant’s contruction projects is the Jackson Building (1923-1924), designed by Ronald Greene as a slender tower in Gothic Revival style; at thirteen stories it was the tallest building in western North Carolina and the region’s first skyscraper. The local newspaper celebrated its construction: “New Skyscraper is Totally Fireproof Declares Merchant” ran the headline in the Asheville Time on Sunday July 6, 1924. The Loughran Building (1923) was one of architect Richard Sharp Smith’s last designs, and among the city’s first structures with all steel framing. At the other end of the architectural spectrum, Merchant constructed numerous residences, often with highly refined detailing, such as the elegant rendition of Gunston Hall (1923-1924) designed by Washington, D.C. architect Waddy B. Wood for a descendant of the family who built the original colonial period Gunston Hall in Virginia. The spectacularly eclectic Public Service Building (1929) was completed on the eve of the Great Depression from designs by Beacham and LeGrand. In 1930, Merchant and his wife and children were residing in Henderson County, but they later returned to Asheville.

As construction in the city began to recover from the Great Depression, the Merchant firm gained the contract for the sleekly modernist Asheville Citizen-Times Building (1938-1939) designed by Anthony Lord—one of the first big projects in town in years, and an early example of the International Style, displaying exactingly finished concrete construction. The firm also erected many other buildings including several local schools and churches. A key postwar project was Beth Ha-Tephila Temple (1948-1949), designed by the prolific local architectural firm of Six Associates. Merchant retired as president of his construction company in 1950 and after 1952 spent much of the year in Lakeland, Florida, while returning to Asheville in the summers. He married first Almetta Harris (d. 1938) with whom he had two sons, and then Mrs. Pinkney Smith (d. 1958).