Construction of the massive civic auditorium at the south terminus of Raleigh’s principal commercial thoroughfare was a highly important project, especially given its timing in the early years of the Great Depression. Various architects hoped to gain the commission. The News and Observer reported on July 9, 1931, that Atwood and Weeks of Chapel Hill and Raleigh had been selected as the architects, noted that the firm was “formerly Atwood and Nash.” The Raleigh Times of October 22, 1931, stated that contractor C. V. York was awarded the general contract on a bid of $225,696; additional contracts covered plumbing, heating, etc. The stone edifice with its powerful Doric portico was dedicated in May, 1932. An expansion by Pearce Brinkley Cease + Lee harmonizes with the original building and reiterates the original Doric façade (still intact) designed to complement the State Capitol at the opposite end of Fayetteville Street; the building was reopened in 2001. 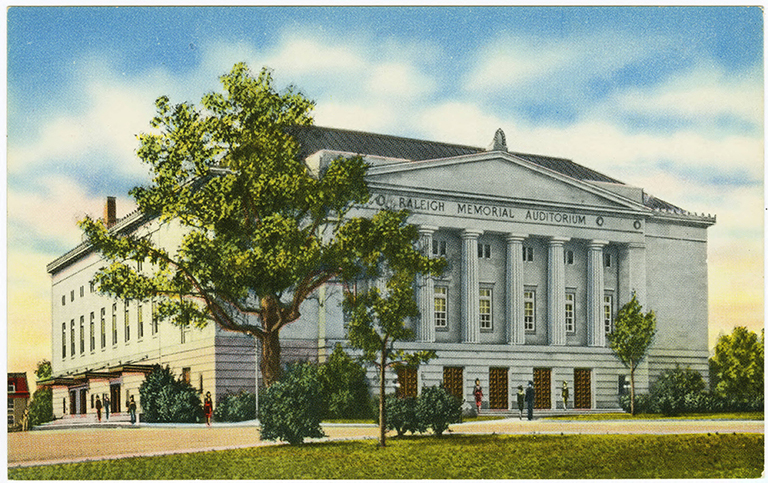