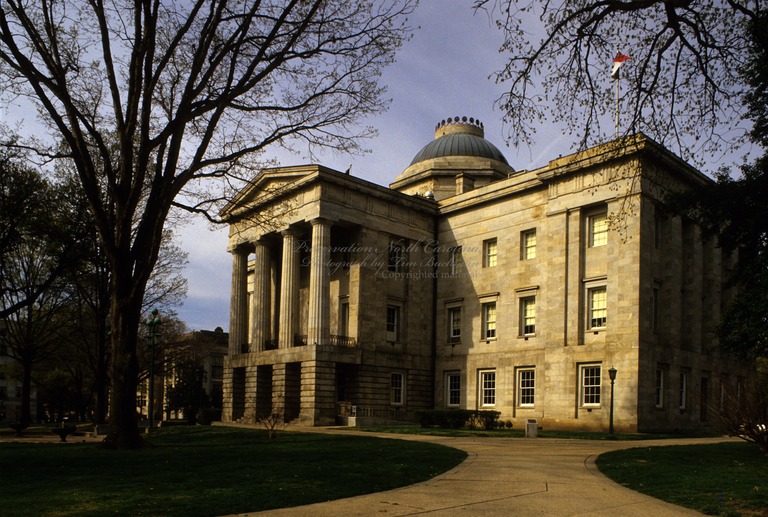 The firm of Town and Davis of New York was established in 1829 by the established engineer and architect Ithiel Town and his younger partner Alexander Jackson Davis. They continued the partnership until 1835. It is considered to have been the first professional architectural firm in New York. During 1832-1833 the firm also included architect James Dakin. In North Carolina, Town and Davis’s principal project was the North Carolina State Capitol (1833-1840). For more on that project and the work of both principals, see entries on Ithiel Town and Alexander Jackson Davis.